Today, I am so proud of my country.

I am based in Canada right now; a place where they don't care who you marry, as long as you both like hockey. AMIRIGHT?

Today, my country became a place where we don't care who you marry, as long as you both like tea and crumpets.

Okay, I'm playing on stereotypes here. (But it's true. Shush.) 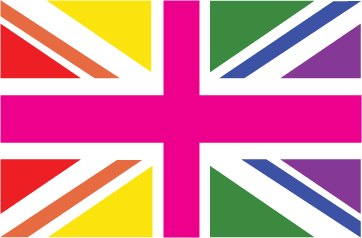 At a time when only 11 countries (not including the UK) have national legal gay marriage, this is historic. Yes, the United States are one fifth of the way there, and Mexico and Brazil are following suit too, but the UK just became the 12th country to pass a same-sex marriage bill on a national scale. (Okay, not entirely true as Scotland are not included. But two of our four countries are 100% gay approved.)

Today in the House of Commons, there were intense debates on the issue. Some crazy religious people used the same old "Adam & Steve" argument, whilst others claimed they were "protecting marriage."

One MP claimed he was opposing the bill in an attempt to "protect the sanctity of marriage." Said MP has also been divorced and is now re-married. I wonder which marriage he was protecting the sanctity of?

Anyway, the best argument in my opinion came from Kate Green, an MP who represents Stretford and Urmston (a constituency within Greater Manchester).

We're still waiting to hear from the House of Lords (a.k.a. the Senate, for you North American folk), but chances are, they will not overturn the bill.

Once again, I am so proud of my country today. Thank you all for being such awesome people.
Posted by lezstar at 19:22