TV FANGIRL MOMENT OF THE MONTH: Person of (Lesbian) Interest

You may remember the last time I wrote a "fangirl moment of the month" article, in which I ranted a lot about what the title of this segment should be. (Click HERE if you don't!)

Well, this month, I'm going to be doing a lot less ranting and a lot more incoherent fangirling because -

Yes, that is Sarah Shahi (Carmen from The L Word) and yes, that is Amy Acker (Fred from Angel) and YES, THEY ARE KISSING.

Once again, I am a few weeks late writing this one up as my favourite 'fangirl moment', but the point is, I got there in the end. And my gosh, it is glorious. (Plus, it's kinda still fresh for me, because I've watched this episode only about 5 billion times since it aired.)

Just to let you into the context of the show a little bit, Shaw (Shahi) is a badass former assassin who now helps people with the assistance of a gun and an adorable little guy named Finch (played by Michael Emerson). Root (Acker) is a slightly insane, badass computer nerd who enjoys wielding two guns at once to get the bad guys. You heard that correctly; two guns.

Throughout this past season (and the season before), Root has been overtly flirting with Shaw, whilst Shaw has been ignoring her advances; possibly because she's a self-diagnosed sociopath with no feelings for anyone except the team's German Shepherd, Bear.

And then, we found out Shaw DOES have feelings for one lady, and that lady is Root. *insert heart eyes here*

The witty dialogue between the two of them creates this amazing chemistry that you just can't fake, no matter how good the acting. Both actresses play their parts with conviction and professionalism... Oh, and they're both incredibly hot, too.

When it got to episode 11 of season 4, Root and Shaw finally got their kiss. (By the way, it's an amazing episode even without the kiss. It is currently holding a 9.9/10 rating on IMDb).


Anyway, right now PoI fans are FREAKING OUT because of this week's episode promo, so I guess I should give you a glimpse at that too. (Can you tell I'm trying to entice you into watching this show so I have someone to fangirl with?!)

You can watch Person of Interest TONIGHT on CBS at 10/9c.

DON'T MISS OUT. THE ENTIRE ROOT X SHAW FANDOM IS SO EXCITED.
Posted by lezstar at 18:00 No comments:

After spending two years mastering her craft in L.A, Dee is back writing and recording in Scotland with Brian Cunningham and Paul Duﬃn of Axis Sounds.

“Love Massacre” is the culmination of many months of hard work and songwriting. The song is  a dark RnB lament into the breakdown of a relationship. You can view the oﬃcial video here:

Dee is one of the most versatile female solo artistes and singer/songwriters to emerge in recent years. She combines genuine song writing ability and amazing soulful vocal performances with an extraordinary sense of melody and harmony which encompass her expansive ever increasing diverse musical inﬂuences.

Click HERE and head over to Dee's SoundCloud page for more songs!
Posted by lezstar at 17:00 No comments:

The TOP TEN SIGNS You Might Be A Lesbian

The Dinah Shore Weekend shot this hilarious video on the red carpet this year.

It stars comedians Bridget McManus and Fortune Feimster, a bunch of stars from The Real L Word, and many more celesbians.

Not sure whether or not you're gay? Watch the video below and see how many of the criteria sound like you! 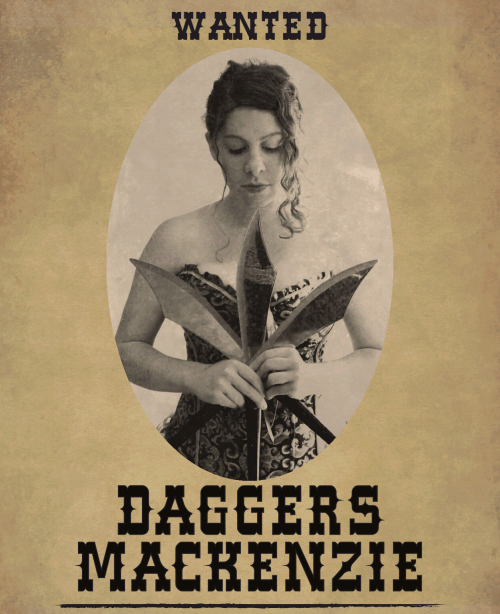 Tickets and festival info: http://unitedsolo.org/us/daggersmackenzie-2015
Posted by lezstar at 17:00 No comments:

Are you a woman who has felt same sex attraction in the past and are now ready to see where it leads you?

Have you just gone through a serious breakup or divorce and are ready for a big change?

Magilla Entertainment and a major cable network are now casting women who are jumping back into the dating game and are looking to change their approach for 21 days.

Following the “21 Day Myth” in which people can mentally and physically make changes after this specific time period, this docu-series will capture the excitement and the fears of the women as they test out this new lifestyle change with the help of a coach.

If you think you are ready to embark on this journey, contact us ASAP at castingdirector@magilla.tv with “SAME SEX ATTRACTION” in the subject along with your name, age, location, occupation, contact numbers, recent photos and a brief paragraph about why you want to experience dating women.
Posted by lezstar at 16:00 No comments:

The UK’s only lesbian music, arts & comedy festival has raised the bar this year. They have their fantastic ethos of offering a platform for many unsigned and inspiring artists and they have 22 new acts coming this year and of course they have also added a few well known faces to the line up for 2015, slap bang in the middle of the festival season. 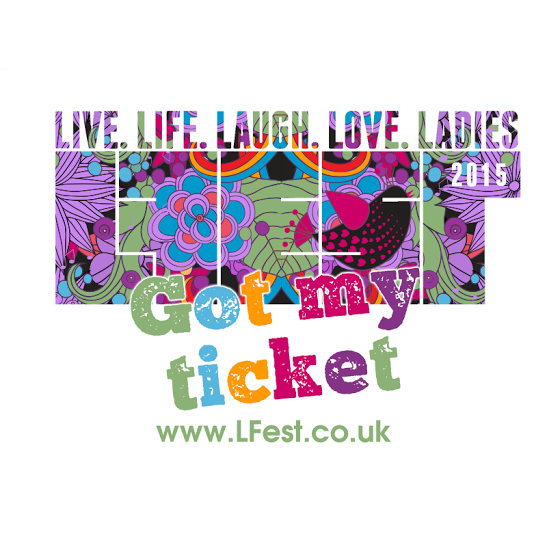 One of the headliners actually appeared on the L Fest stage in 2012 as one of the up and coming unsigned artists. Three years later, she has over a million social media followers and her X Factor audition where she sang her own song ‘Last Night’ has had over 32 million views. Lucy Spraggan is back at L Fest 2015!

It doesn’t stop there as there is a huge diverse line up. From O’Hooley & Tidow, recently nominated 'Best Duo' at the BBC Radio 2 Folk Awards, to the all-girl Indie punk band The Tuts who supported Kate Nash on her UK tour. There’s the curly haired cute blonde Holloway, who you may know as half of MK1 from X factor. There’s certainly something for every music taste ranging from the acoustic sessions with Beth Prior, hip-hop with Ajah UK, Electronic sounds from Brain Rain and Afro-Latin percussion from the duet Ladies of Midnight Blue and not forgetting festival favourites Greymatter and the charity single group The L Project.

But L Fest is much more than just a music festival and has a fantastic Arts line up too. There is the DIVA Sex Academy hosted by Jane Czyzselska, London's award winning LGBT literary salon, Polari, Up Close & Personal with Indie Authors, Author Manda Scott with Woman Warriors and Planet London will be hosting a ‘LBQ Visibility in the Media’ Discussion Panel including Alicya Eyo and Kathy Caton. There’s many performance pieces from the 1940s Brighton duo All the nice girls, to Offside; a narrative of Women’s Football over the years. And of course not forgetting one woman shows Kerry Leigh wants to marry her brother and How to manifest a woman!

Laughing Cows comedy always finish the festival with a huge audience and this year will be no exception as Bethany Black, (Cucumber) and a firm lesbian funny favourite, Zoe Lyons (Mock of the Week) take to the stage.

Even if it rains you’re covered – literally as the Big Top is back! The cinema sponsored and programmed this year by Planet London, will be showing some great films from cinema hit Pride, to Crazy Bitches with the official UK launch of their DVD. Film Director Jane Clarke will be there all the way from the USA for Q&A’s after the showing. Actress and Director Alicya Eyo, (Emmerdale & Bad Girls), will also be part of a Q&A to talk about her part as director in the new short, Brace.

Worried that tiny tents and mud isn't your thing? It’s not theirs either. They have yurts for hire, toilets are clean, the showers are hot, and there’s even a place to straighten your hair and apply your lipstick so you can look hot for the whole weekend!

Not convinced yet? Check out the website here www.lfest.co.uk for the full line up and get your tickets now at £99 including three nights camping and everything above and more! You can even pay £50 now and £50 later. See you in July in a field full of lesbians!

July 17-20th 2015 at Uttoxeter racecourse, Staffordshire. (We didn’t know where it was either, but it’s 5 minutes from Alton Towers and there is a train station on their actual festival site so it’s only 2 hours from the big cities: London or Manchester, Birmingham or Leeds).
Posted by lezstar at 18:30 No comments:

SICK OF SARAH Go On Tour!

That's right, you heard it correctly. Queer all-female band Sick of Sarah are embarking on a full tour of the US starting today!

Sick of Sarah, alongside duo Uh Huh Her, are actually the only current lesbian band I listen to; my music taste is generally stuck in the 1970s. I don't think you need any more proof that these ladies are worth a listen!

Check out their tour dates here: 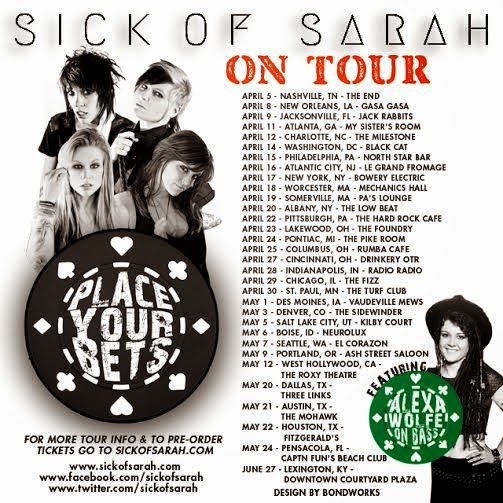 You can find more information about tickets on the band's website, http://sickofsarah.com/.
Posted by lezstar at 18:00 No comments: