The good news: Jennifer Beals is set to return to your television screen! Eek!

The bad news: The new series she'll be starring in is run by *gulp* The L Word creator, Ilene Chaiken. 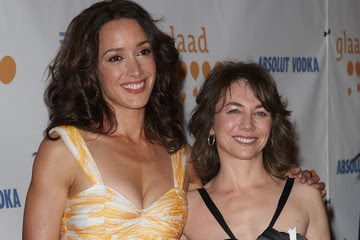 If you're a Beals fan, you'll know she played the marvellous, sassy, badass, Bette Porter in The L Word and she's been on the big and small screens since the 80s, her big break being the camp yet awesome dance movie, Flashdance.

Since then, she's had bit-parts in hit TV shows such as Castle, Lie To Me and the not-so-hit TV show, The Chicago Code.

Although it doesn't look like there's much in the way of LGBT regarding Venice, J. Beals will be back on your screens!

And that got the lesbians excited. They were speculating everything from an L Word spin-off to an L Word movie, but this is what we got.

What about you? Are you disappointed Venice will have nothing to do with The L Word? Or are you just glad to see Beals back on screen?

Let us know in the comments!
Posted by lezstar at 19:00