Remember that time you asked for us to interview YouTube/Tumblr/Twitter/everywhere famous, Natasha Nicole Ponomaroff?

Well, look what we have here! 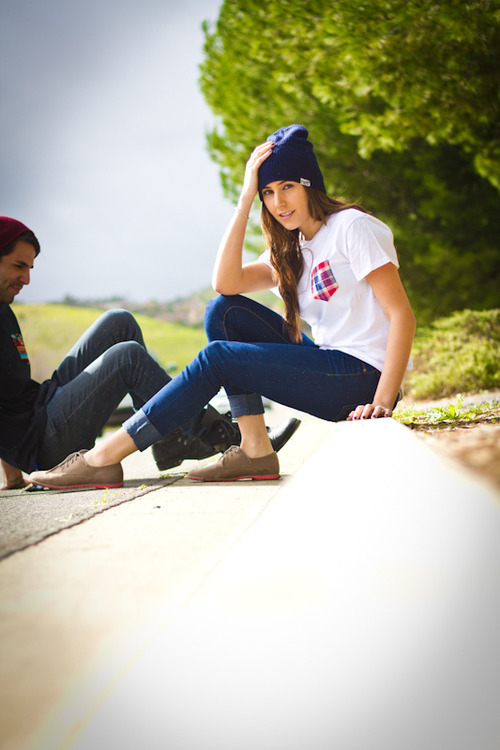 All Things Lesbian: The accessibility of the internet around the world has led many young (and old!) lesbian and bisexual women to look up to you. How does this feel? Do you ever feel as though you're under any pressure?

Natasha: I feel rather honored to have such an online presence and I honestly would never take my audience for granted. Coming out is never an easy task, accepting your sexuality is never an easy task, and having to go through both on my own wasn't an easy task. If there was ONE thing I hope to be, it's an outlet for other young LGBT youth who may be struggling with the same struggles I once faced. I want them to look at me and my life and realize that things DO get better, and they will. You just have to stay brave and stay true to who you are. Having such a strong online influence does add a degree of pressure. I know I have a lot of younger girls who look up to me making me in an essence their role model. Although I'm no saint, I do like to present myself in the most respectable of ways. I want to teach women to be somebodies, not somebody's. (Great quote, but it's not mine so don't quote me on that one!)

ATL: Just in case our readers having been living under a rock, when you vlog, what do you like to vlog about?

N: When I vlog I literally never have a set plan. I just turn on the camera and open my mouth, whatever I think about, I vlog about. You can imagine how much footage I don't end up using because I have a tendency to just ramble away! I usually like to throw in one or two quotes of inspiration and/or motivation, but I try and do it discreetly so people will have an easier time remembering the little quotes I throw at them.

ATL: We've noticed that you're very into personal health and exercise. What advice would you give to young women who are looking to be that little bit healthier?

N: Yes, I've recently become quite the health nut! My best advice would be this; throw away all the scales you have in your life. Numbers mean nothing now. People tend to focus too much on the numbers and not how they're feeling. You should want to get into shape to better your health! Losing weight and inches are all added incentives of course, but they shouldn't be the main focus. This is lifestyle change, NOT a diet, so be easy on yourself! Change starts when you do.

ATL: Do you think it is important for lesbians and bisexual women to "come out" in the media?

N: I wouldn't necessarily say it's important because coming out is much more of personal journey. Could we use more members on our team in the media eye? Of course! And we welcome them with open arms. But coming out should never be anyone's issue aside from the person coming out. Does that make sense? I hope it does!

ATL: Who inspires you?

N: I'm going to have to be super cliche right now and say that my mother is my biggest inspiration. She is the prime example of what hard work and a great attitude can get you in life. She migrated to the U.S when she was 14, knew NO English, had no family out here, and was able to not only put herself through high school AND college, she was able to get her citizenship completely on her own and her PhD later down the road. She has always been so inspiring and has given me the positive outlook to life that I carry with me today. 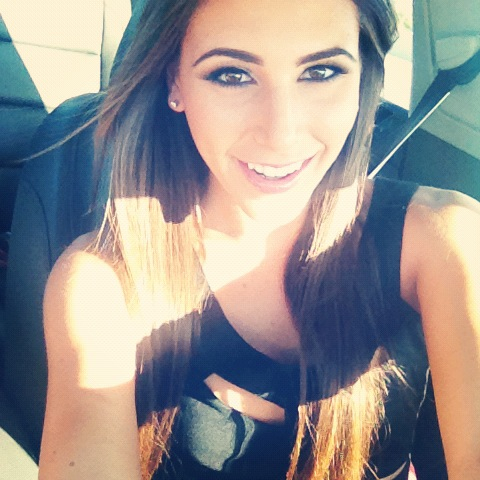 ATL: We've had a lot of questions regarding your very public relationship with YouTuber Jenna Anne. Does that get annoying? How do you overcome something so personal that was once so visible to the public?

N: I wouldn't say annoying, but it does get a little tiresome after a while. I feel like I've answered so many questions regarding that relationship! I was so young, Jenna was so young, I learned so much from it that I will forever carry with me. One thing being to maybe not post so much of my personal dating life online because of the repercussions. It's hard going through a break up, it's even harder when you have 40,000 people wanting to comment on it, but as I said, I learned and I don't regret a thing. When getting through a break up, it's important to remember that things didn't work for a reason. Life has other plans for you and that in itself helped me tremendously. I got excited about the future, I let my past remain there, and I moved on.

ATL: Do you ever attend fan conventions? Have you ever had any weird fan experiences?

N: I've been to Vidcon but that's about it. Have I ever had any weird fan encounters? No not at all! Anyone who has ever recognized me from the internet has always been so sweet when approaching me. I've befriended many of the people who have come up and introduced themselves. That takes a lot of courage! And I love when people say hello!

Time for some fan questions!

"Tash, do you think that there are enough LGBTQ role models in the public eye? When you were growing up who did you look up to? Also you should know that you're my role model and I think you're absolutely beautiful!"
- @Leanne_Ashley, UK

N: Dear @Leanne_Ashley, to answer your question, I do not think there are enough LGBT role models in the public eye, and I wish there were more! Coming out though is such a personal journey though and many aren't comfortable with being so open in the media eye. I hope that with the coming of time though and as sexual orientation becomes more accepted as the "norm", we'll get more LGBT role models emerging. Growing up I looked up to my mother. She's always been my biggest inspiration. The women is just amazing!

N: Dear Isobel, coming out to my family was definitely a nerve wrecking experience! I came out at the end of my senior year as a goal to myself. I knew that going into college I wanted to be 100% comfortable with who I was, no more secrets, and that was my push to come out. I sat down my family members individually on different days, that way I would get practice in regards to talking about it. I realized that with the more people I came out to, the easier it became to do it.

"I follow you on Tumblr and see you writing the nicest things about your future wife. How can a girl capture your heart?"
- Chloe, ME

N: Dear Chloe, you are the sweetest! Thank you for taking the time to read my writings. That honestly means so much to me! How can a girl capture my heart you ask... well, I really don't have an answer to that question. The heart wants what the heart wants, I don't have any control over her (although at times I wish I did!)

What a great article (and interview). I support gay rights and I think your blog is great.