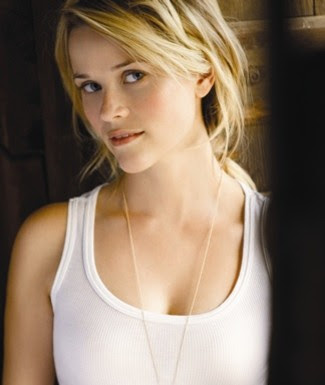 Not only does she appear to be the sweetest woman ever, she jokes (?) about being a lesbian, as seen in this video here, doing an interview for her newest release Water For Elephants, which she stars in beside British Twilight actor, Robert Pattinson.

You heard it, Reese claims she is at least 55% lesbian. And I know, she's been married to a man, she has kids, but whatever. I like to think she was telling the truth.
Besides us now questioning her sexuality, Reese is so talented, she makes me melt with every movie I see her in.
When I first watched Cruel Intentions, I was stunned by her acting and her convincing good girl routine. Her real Hollywood 'moment' came with Walk The Line, in which she played Johnny Cash's wife, June Carter Cash, and later bagged herself a Best Actress Oscar for her stunning portrayal.
Anyone who knows me knows I am a sucker for a Southern American accent. (I know, no one likes a slack-jawed Texan accent, so I really don't know why I'm so attracted to it.) So when she first played Southern in Sweet Home Alabama, I melted. Imagine my luck when she did it again in Walk The Line.
She always plays a really sweet character, which is odd because I usually love badass bitches. But there's something about Reese that makes her so endearing.
Her talent is definitely what I love most about her, but I also have a thing for blondes and she's quite easy on the eyes, if you ask me.
So, Reese Witherspoon. How do you feel about her?
Posted by lezstar at 08:59 1 comment:

Yep, you heard it. Lady Gaga's epic gay-loving album, Born This Way, has been banned in yet another country. 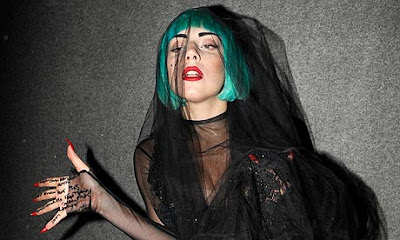 There's Gaga above, who won the Fashion Icon prize this week at the CDFA Fashion Awards.
Also this week, BTW was banned in Lebanon, after Father Abdo Abu Kassm, director of the Lebanon Catholic Information Centre announced the following:

So basically, Father Kassm is inviting us to call his people ridiculous. Surely if those religious people that this records 'offends' hate the idea of religious 'insults' so much, they just wouldn't buy it?
Also, have Lebanon not heard how Gaga herself is Catholic?
Gaga frequently mentions her love for God and her faith, prays every time she goes on-stage and her tweets reflect that fact.
Furthermore, she has explained the meaning of the song 'Judas' - one of the songs which is causing this controversy, and have revealed that Judas is simply a metaphor for a guy she dated and kept going back to, even though he betrayed her. (Which is sort of what happened in the Bible).
I'm also pretty sure that Gaga's hit single Born This Way, which contains the lyrics "No matter gay, straight or bi, lesbian, transgender life, I'm on the right track, baby, I was born to survive", were some of those words that also offended said Catholic religion mongers.
Why don't they just censor or cut those words from the album? I mean, I'm sure Gaga would be opposed to it, but it doesn't mean that those in Lebanon who are struggling with their sexuality should be forbidden from hearing her song about individuality.
Personally, I find this ridiculous that today, free speech and freedom to purchase which music records you want to purchase are forbidden in certain countries.
Which country do you think will ban Born This Way next? Comment below!
Posted by lezstar at 08:43 1 comment: 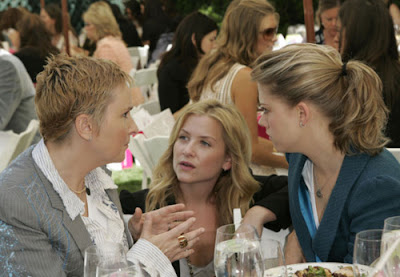 Most people have probably already seen this, but being an idiot like I am, I hadn't before now.
Yep, that's previously married lesbian couple Melissa Etheridge (left) and her ex-wife Tammy Lynn Michaels (right). And if you don't know who the one in the middle is, well, get out of my sight. That's obviously Jessica Capshaw of Grey's Anatomy and The L Word fame.
I know Capshaw isn't a lesbian, she's married to a man and has two children, but she plays lesbians. And apparently, she associates with them too!
So, I just wanted to tell you that it made me, in teenage internet terms, 'squee'. (And I will never, ever use that word again, I promise).
What are your favourite lesbian-packed photographs?
Send me some links in the comments so I can s**e to them too!
Posted by lezstar at 17:26 1 comment: