Somer Bingham, of the now-defunct series The Real L Word, is making her own waves after a very public parting-of-ways with her ex-bandmates in Hunter Valentine.

Her project Clinical Trials has that addictively ferocious, screaming female vocal reminiscent of riot grrl, Yeah Yeah Yeahs, and The Distillers.  For this grungy, punk-pop duo, Bingham teamed up with Stacey Lee, a powerhouse behind the kit who tends to judge the quality of the band's sets by the severity of her whiplash the next day.

Their new single "Polly Got Away (2013)" was mixed by Dan Huron (Yeah Yeah Yeahs, TV on the Radio) and mastered by Emily Lazar of The Lodge (Sleigh Bells, Bjork, Garbage).  It happens to be accompanied by a killer - pun intended - video.

Though it's not often that the 15 minutes of reality tv fame have lasting effects - or even positive ramifications! - for most, the video happens to have been a by-product of Bingham's time on TRLW.  Mary Zappulla, one of the producers on the show, took a liking to the band's music and offered to recruit her husband-cinematographer Pete to help them make a music video.  The result?  It's just your usual cult-inspired supernatural representation of teenage angst. 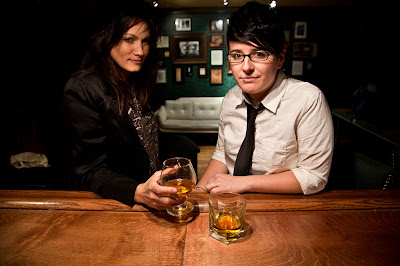