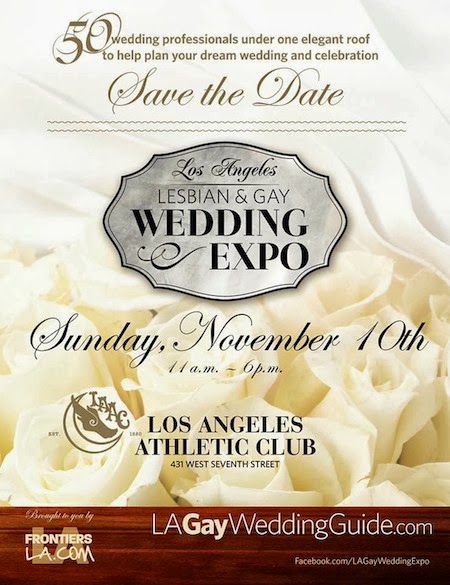 The full-day event, hosted by the newly remodeled, century-old historic Downtown Los Angeles Athletic Club, will set the stage for a one stop wedding shop for couples on November 10 from 11:00am to 6:00pm.
This first-ever major expo of its kind is poised to be biggest West Coast celebratory event since California became the 13th U.S. jurisdiction with legal same-sex marriages.

“Now that gay marriage is finally legal in California, we wanted to come up with a way to support gay and lesbian couples planning for their special day,” said Frontiers Media Publisher David Stern, “And promote Southern California as a wedding and honeymoon destination.”

A carefully curated selection of over 50 LGBT-friendly elite exhibitors covering the entire spectrum of wedding preparations will be represented all under one chic and elegant roof. 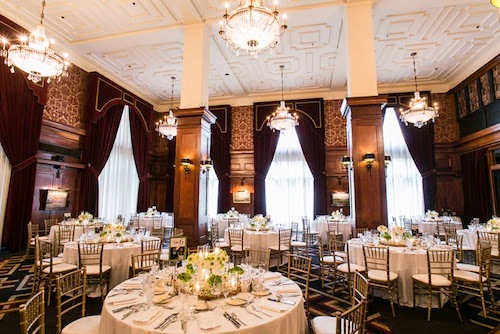 A distinguished panel of wedding industry tastemakers and professional experts from the travel, event planning, jewelry, real estate, legal, catering, retail and floral fields will offer couples the exclusive opportunity to get one-on-one advice, choose favorites from high-end collections and find the unique and trendy resources they need to plan their own memorable, timeless ceremony.

Since the end of DOMA, the nuptials industry has been experiencing a nationwide commercial explosion, as same-sex weddings have now become a booming US industry.

American weddings are a $51 billion industry that employs nearly 800,000 people, according to the market-research firm IBISWorld. Same-sex marriages are expected to create a financial boom for the wedding industry in California. A study conducted by The Williams Institute, UCLA estimated that LGBT weddings would generate $290 billion of new spending in California.

"We're actually at the epicenter of history now with the LGBT movement, and after all the fighting we've done for just our equal rights, I still have to pinch myself every day that we have this:  marriage.  For those of us old enough to remember Stonewall, Act Up, the AIDS crisis, Prop 22, Prop 8... to stand here today and realize we have overturned DOMA, overturned Don't Ask, Don't Tell and slowly but surely are getting marriage rights across the country...I'm not going to lie, it brings tears to my eyes,” says event producer JD Disalvatore. 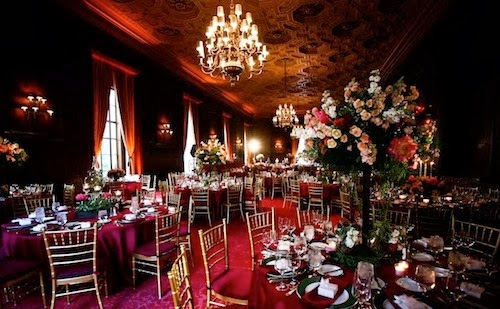 This unique event, without any other equivalent in Southern California, opens the doors for select gay-friendly local and national businesses seeking to effectively court the influential power of the LGBT audience.

As the LGBT Wedding Industry continues to exponentially thrive, couples still seek help for their Big Day. The Los Angeles Lesbian & Gay Wedding Expo, already expected to draw thousands, is a must-attend event, not only for same-sex couples planning their dream weddings but also for any and all corporate and small business supporters committed to reaching loyal LGBT audiences and their allies.

Tickets are $25 for VIP which includes a complimentary gift bag and a hosted bar hosted by Premiere Events, or General Admission at $10

Tickets can be purchased online at: http://lagayweddingguide.tix.com
Posted by lezstar at 19:00