Anyone else hate Sarah Palin?

Okay, maybe HATE is a strong word... But then again, maybe it isn't!

As I was strolling through fellow lesbian and out comedienne Bridget McManus' MySpace page, I noticed she'd posted a few blogs about how she also dislikes Governor Palin and the American Government in general.

I don't understand how anyone could vote for her. And if you're gay and voting for her: WHAT THE HELL ARE YOU THINKING?! She's been quoted many times saying how being gay is 'a choice that someone makes in life' (click the link for video evidence), as if someone can choose whether to be gay or not. She also claims that she has a lesbian best friend. Then why, if you have a lesbian best friend, do you oppose gay marriage so strongly?! Oh that's right, it's because you don't have a lesbian best friend at all! Again, more lies just to win votes.

And if you're voting for Palin because she's 'attractive'... What the f?! Since when was this attractive?: 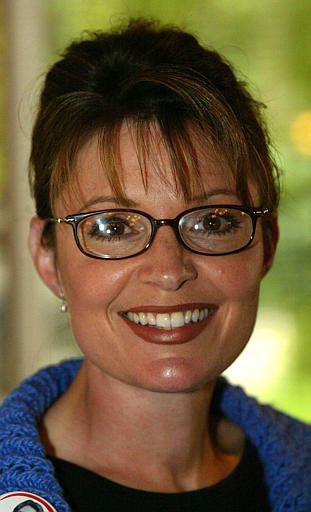 Plus, nobody's more liberal than Ms. Fey. And she clearly has the better sense of humour.

Anyway, my point is, PLEASE America, just vote Obama.
Posted by lezstar at 10:36