Hey gays, here's another step up the UK have made this week: Prime Minister David Cameron seems to have explicitly stated that he will "cut aid to countries who refuse to overturn their bans on homosexuality." 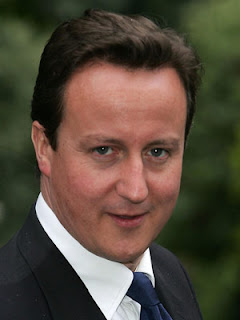 Cameron, who has in the past been dubbed homophobic himself, seems to have changed his attitude completely - and the Ugandan Government are already furious.

As homosexual acts are illegal in Uganda and the majority of other African countries, this could be a huge threat to their continent. However, the fact that Mr. Cameron is standing up for gay rights on a worldwide scale appears to be one of the best things he's done for the country.

Furthermore, although he once said that legalizing gay marriage was not an option, there have now been several reports implying that Cameron wishes to make same-sex marriage legal by the year 2015.

Personally, I did not support him in the last UK election, but it seems that I am changing my mind about him. I wouldn't consider myself a Conservative party member, yet it is clear that Cameron's intentions are positive for the LGBTQ community.

Now we just have to see whether he lives up to his word...

What do you gays think about Cameron and how do you think he will go about handling these issues in the future?
Posted by lezstar at 12:26