If you haven't heard by now, you're a little late to the coming out party. 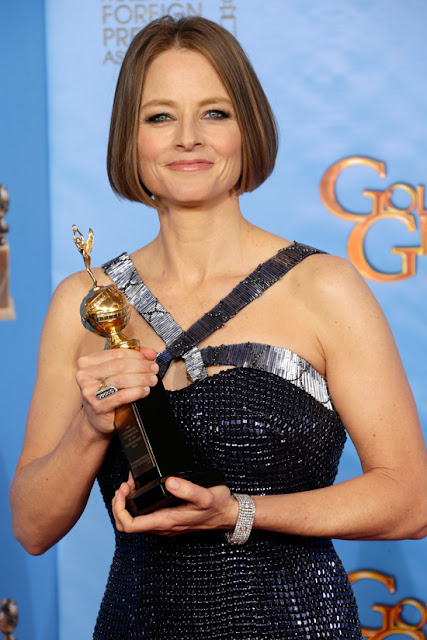 Although criticized for being so indirect about the whole thing, Jodie was brave and came out in her own unique way to millions of people across the world.

Most people are angry that Foster avoided saying the words "gay" or "lesbian", and avoided blatantly stating the subject as much as she could before actually saying it.

She (comedically) stated "ladies and gentlemen, its time to tell you... I'm single", which people also got angry at. COME ON, she was doing it for comedic effect, which was only exacerbated by the fact that people already knew what she was talking about before she even said the words "coming out".

Jodie continued to thank her sons, her ex-partner and the public for enjoying this journey with her, leaving many stars including current Glee star, Kate Hudson, wiping away the tears.

At the end of her speech Jodie, exposing her emotions to the full, said "[I want to be] not so very lonely."

In my eyes, the way she went about it was only more poetic and memorable - people criticizing her should rather be thanking her because of the fact that she finally did something so terrifying on a huge world stage.

Not to be outdone, of course, show's host Amy Poehler closed the show by saying "we're going home with Jodie Foster. Goodnight!"

But, on behalf of all of the LGBT community, thank you, Jodie. Thank you for showing the world that someone can be so successful and wonderful and talented and be in the media spotlight and still be part of our way of life.
Posted by lezstar at 10:43