Send In Your Questions for Girl/Girl Scene's Tucky Williams NOW!

And the exciting news just keeps on rolling in, lesbians.

Ever watched Girl/Girl Scene? Ever looked at Evan and though "damn, she's hot"? (Or maybe you think "damn, she looks like an interesting person"... whatever.)

Well this week, All Things Lesbian will be interviewing Tucky Williams herself! But we need your help. 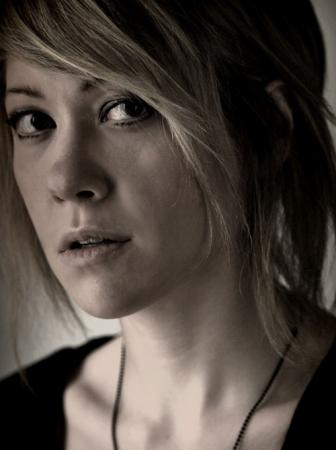 Alternatively, send your questions to our official Twitter page, http://twitter.com/allthingsles! And if you'd rather keep your question anonymous, email anything you'd like me to ask to allthingsles.gmail.com.

Submissions will close tomorrow (October 31st - HALLOWEEN!) at 7pm EST, so get in there quick!

Can't wait to hear from you!
Posted by lezstar at 16:46 No comments:

Okay, okay, so we're a little late to the Facebook bandwagon... But it was time we pulled our socks up, right?

Great news from me here at All Things Lesbian - I've been chosen to deliver exclusive coverage for you all to see about this year's Palm Springs Dinah Shore weekend!

Palm Springs, CA - After twenty-three years of blissful marriage, the City of Palm Springs and the famed Club Skirts Dinah Shore Weekend (www.TheDinah.com) – the largest all girl event in the world - are officially renewing their wedding vows.

Celebrating the 2013 milestone “Silver Plate” Anniversary, the victorious pair is symbolically solidifying the lifelong relationship and commitment that run deep between both brides, and reaffirming the sacred union as two of the most popular gay Meccas in the country.

For the highly anticipated 23 rd installment of the Dinah Shore Weekend (April 3-7, 2013), the city of Palm Springs has decided to encompass the Club Skirts group within their brand new VIP Rewards Program.

As the official host city, Palm Springs is exclusively offering Dinah participants a VIP Rewards Card in association with local patrons to welcome one of their favorite loyal groups.  As many attendees arrive a few days earlier and depart a few days after the conclusion of The Dinah, the rewards card offers premier benefits to enjoy discounts at restaurants, spas, attractions and retailers, and discover the city’s hidden treasures.

The 2013 Club Skirts Dinah Shore Weekend is already moving in that direction with all prime hotels located on the Tahquitz Canyon way block sanctioned for the event. The official host hotels are the Hilton & Spa Resort and the Zoso. Secondary Dinah hotels include The Courtyard Marriott, the Marquis, the Spa Resort Casino and The Renaissance Hotel. Dinah customers will have an opportunity to find out what downtown Palm Springs is all about and what the community has to offer.

Palm Spring is one of the #1 travel destinations for the LGBT market. There is something truly special about Palm Springs. The city, dubbed "the new Gay Mecca" boasts more gay and gay-friendly restaurants, nightclubs, hotels, retailers and other businesses than any other one gay destination in the world.  Nowhere else in the world do lesbians get such a strong sense of community, solidarity and acceptance, feeling as much as home within the walls of the event as anywhere else on Palm Springs' playground.

It’s no surprise Showtime’s hugely popular hit reality TV show, “The Real L Word” (http://www.sho.com/sho/the-real-l-word/home) - the network's top-performing unscripted show in prime time- brought its cast and crew to The Dinah, not once but twice, showing on national TV the cultural and social phenomenon that the Dinah Shore weekend in Palms Springs has become. A place where lesbians from all over the world have the opportunity to escape for five days from the rest of their 360-day life of make believe, in the closet, and have the freedom to be who they are.

Having reached epic proportions, The Dinah Shore Weekend doesn't just attract lesbians, but also straight women who come to the event to have the peace of mind to feel safe and also gain an extraordinary amount of self worth. It has also become a new hot party trend among many female celebrities who get themselves a girls' night out partying in a sea of women. From Katy Perry, Ke$ha, Natasha Bedingfield, Chaka Khan, Colbie Caillat, The Pussycat Dolls, India Arie, Chely Wright to Lady Gaga, among many other, these celebrities have all done it!

The natural symbiosis between these two iconic LGBT hubs is a match made in heaven. More than a tradition The Dinah Shore Weekend has over these past 23 years  (and counting) intrinsically been linked to the Sunny Oasis, not only becoming a Palm Springs institution but as well the city’s hottest ticket!

"2013 is poised to be our best year yet. With the onset of our Dinah Block party theme, and on the tails of two episodes of The Real L Word dedicated to The Club Skirts Dinah event, we are expecting the largest Dinah Shore in history," says Mariah Hanson.

On the activist front, HRC is coming onboard as full sponsor of The Dinah 2013, and will host a special soiree during the event.

Joined in matrimony for twenty-three solid years, now the symbolic vow renewal ceremony commemorates the enduring bond and feeling of loyalty that has been and still is keeping the spark alive.

Also, stay tuned right here at All Things Lesbian for even more exciting news as we get closer and closer to Dinah 2013!

SEND IN YOUR QUESTIONS: Interviews with The Real L Word's Kiyomi & Lauren are coming soon!

Exciting news for us over here at All Things Lesbian - we've secured two interviews with the lovely ladies from the Real L Word (and Hunter Valentine) fame, Lauren Russell and Kiyomi McCloskey! 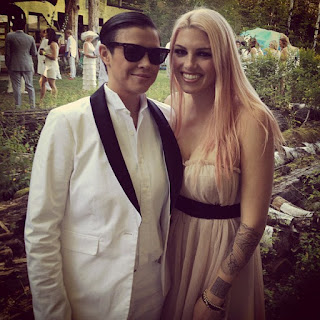 Remember them? Of course you do!

And what do we need from you? Why, your questions of course!

What would you like to hear from the lovely couple? Plans for the future? What is was like to star on the Real L Word?

Include your name if you wish and we'll include that with your question too!
Posted by lezstar at 15:46 No comments: 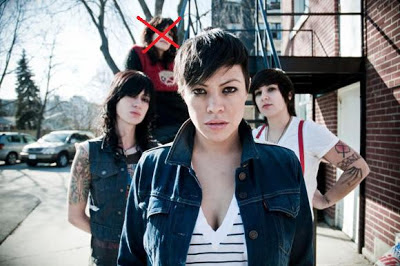 Hey you gays! Remember Jill & Nikki from the first season of the Real L Word? 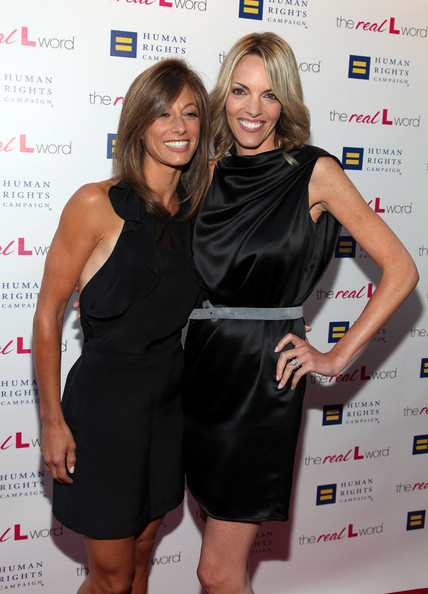 Yes, the "normal ones", you remember correctly.

Well, you may or may not know that Expedia recently followed Jill's path to marrying Nikki in one of their adverts.

I knew about the commercial but only just got round to watching it... So in case you haven't seen it either, I've decided to post it here on my blog too!

Oh, and just for a bit of fun I've decided to share with you the hilarity of some of the comments the ad has received on YouTube:

And then there was one legend who replied to the above comment with the argument "Well my dear, if everyone become a catholic priest or nun, how the hell we gonna have next generation?" I've never heard that argument before. KUDOS.
Posted by lezstar at 20:26 1 comment: