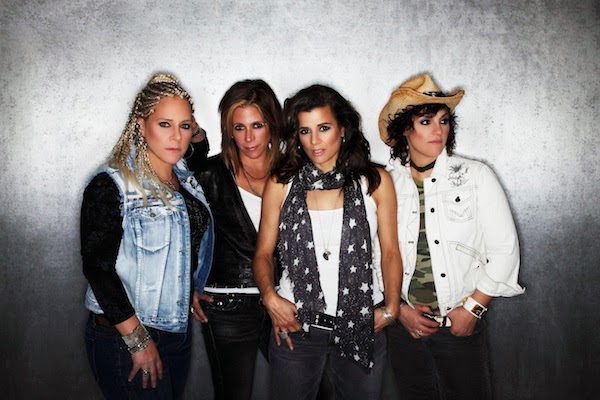 NEW YORK, NY - Antigone Rising (AR), the New York based all-female rock band, has announced the release of "Whiskey & Wine - Volume 2” in conjunction with new tour dates. Volume 2 will be available on iTunes and AR’s website on March 17th.

Since releasing "Whiskey & Wine - Volume 1” on iTunes and the band’s official website last year, the band has not only kept busy with a non-stop touring schedule but as well with long studio hours to complete the highly anticipated Volume Two of the double EP project.
"With W&W Vol. 2 the songs have gotten much more personal, the productions a little more elaborate.  These songs all have something to say.” says Kristen  Henderson.  "It's important to the band that we write songs that say something about who we are and what we stand for. We are looking forward to touring and performing the songs for a live audience, getting the crowd's reaction and visiting cities we haven't been to in quite some time. It's going to be a great year for Antigone Rising.

The massive success of Volume One kept the band on the road for the most part of 2014 . The first single “That was the Whiskey”, co-written with Nashville songwriter Lori McKenna (Faith Hill, Little Big Town, Hunter Hayes), premiered on CMT trending in the Top 10 and was nominated in the "Country Song" Category at The 13th Annual Independent Music Awards. 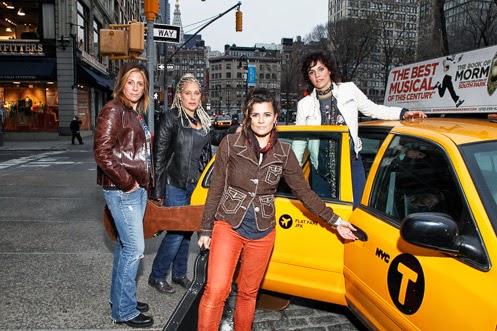 Antigone Rising have toured with such A-listers as Aerosmith and The Rolling Stones; were appointed as cultural ambassadors by the United States government to tour Israel and the Middle East; and have also played a part in LGBTQ advocacy, making news when Kristin Ellis-Henderson appeared on the cover of Time Magazine with wife Sarah Kate Ellis-Henderson (president/CEO of GLAAD) for a feature on marriage equality.

The girls have consistently been turning up everywhere from the pages of Curve Magazine, Billboard, Out Magazine, Buzzfeed, AfterEllen and the Huffington Post to appearances on The Today Show and The Tonight Show, among others.

No one can deny the momentum behind Antigone Rising!

Known for their unique & electrifying live performances featuring toe-tapping beats and powerful vocals, Antigone Rising is not just good; they are insanely good and best experienced live.  And whether on stage or on an iPod, Antigone Rising continues to make a lot of noise!
Posted by lezstar at 18:00