Editorial: The Best Way to Get Over Someone is to Get Under Someone Else?

Being a lesbo is intense. I've experienced more drama in the last six months than I can remember pre-lesbi life. Partly due to my attempts to be accepted by my family and friends, but mostly due to the fact women are effing dramatic.

My ex and I have parted ways over a dozen times with each time feeling like the ultimate ending. We've made a habit of saying goodbye with as much heartache as I experienced watching Rose release Jack at the end of “Titanic.” Although I don’t remember Rose crying in a Starbucks, Chipotle or Olive Garden. 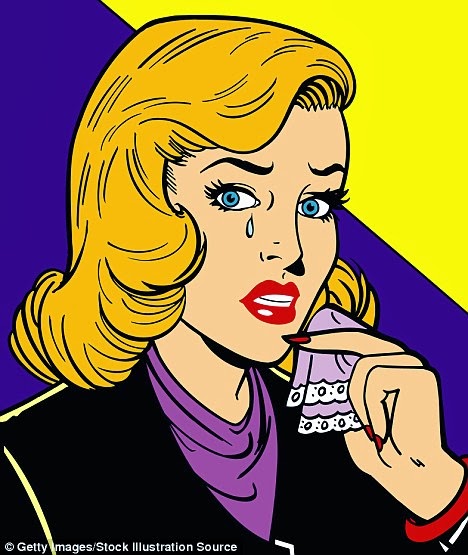 There’s something in the lesbian water in Los Angeles as all of my closest gay girlfriends are also experiencing traumatic break-ups. I certainly hope not all lesbian relationships end as devastatingly, but I can’t help but wonder if it is the intense love we feel for each other, or if it’s just heightened because we’re women. I suppose I’ll only know after venturing further down lover’s lane with a new woman.

A natural born nurturer, I worry if she’s being taken care of and happy with her life sans my presence. We've agreed to cut all contact so we can move forward down the paths it seems destiny has laid for us. Even writing this I have the same pain of nausea that struck me while waving goodbye, or maybe it’s undercooked chicken? Yes. Chicken. My heart’s not broken, I ate bad chicken. Let’s go with that.

Timing is everything. Someday it will be our time. Until then I've made myself vague profiles on every dating website imaginable and forced myself to dance my sorrows away at various West Hollywood nightclubs.  I need to burn off the calories from the bad chicken...

I must admit, I have fear attached to engulfing myself in the lesbian world. Just when I felt I’d perfected the skills necessary to seduce a man, I realized I have absolutely no attraction to them. I'm starting from square one and have similar insecurities to when I went on my first date with a guy who drove a Camero and and had his friends IM me, afterwards, asking why I didn't give him head. High-school.

My vulnerability is increased from horror stories of failed lesbian love aided by hormones. Yet fear is no excuse to explore anything in life. I currently give myself pep-talks before I go out, to reassure myself that it could be much worse. I could be back on a lake-dock, senior year of high-school, with my co-worker whipping out his dick asking me if I wanted to “help him out.” I can’t imagine a woman making such a gesture, but only time will tell.

Time to buckle up for the wild roller-coaster of dating. If I'm secure enough with myself to cry in an Olive Garden, I can certainly flaunt my tight-ass in dick-stabbers at a nightclub. YOLO.
Posted by lezstar at 19:00