Time for something a little different for you gays here.

As you may have noticed, our up and coming section often features very electro, riot grrrl style music. Well, it's time to rock.

Sounding not dissimilar from other great all-girl rock bands like Hole and Joan Jett & the Blackhearts, Seven Mouldy Figs get you dancing in no time. 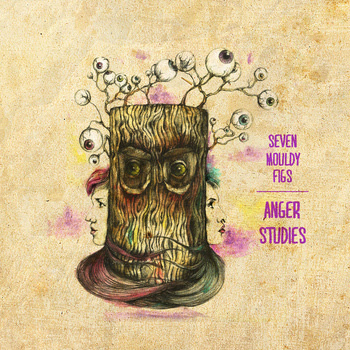 Seven Mouldy Figs (7MF) is a post-punk band with elements of rock. It was founded in Zagreb in June of 2012 and it's been active since October of 2012. Everything happened accidentally when Jordi (guitar/bass guitar) finally managed to get N. (drums) to play drums for her for one concert after 5 days of talking her into doing it. For the needs of that concert, they named themselves Čudovišna lica (Monster faces) because of one inside joke, but later, together with the decision that they'll form a real band, changed their name to Seven Mouldy Figs.

In January of 2013, 7MF published their first demo EP called „Anger studies“ which consists of four songs, and also in March they got a third member, Laura M. (bass guitar/solo guitar) and introduced her to the audience on March 9th of 2013 when they had their first concert. In April of 2013, they found a new lead vocalist, Ella. Band performs only original songs in English (maybe there'll be some funny covers in the future).