The Cliks on mtvU Freshman!

New York, NY - The Cliks' new music video "Savanna" has been officially added as one of the five competing videos on MTVU Freshman.

The winner will get regular rotation on MTVU and that’s 20-25 spins a week!  The video will spin on MTVU, on "The Freshman 5" show at least 15 times while the contest is going on!

The show spotlights emerging artists on air and online, with the chance for one of the videos to get an automatic add into rotation on the channel the following week. Fans can vote on these videos online, starting Monday 6/17, voting will end on Friday 6/28 at 2:00 PM (EST) and be tabulated.

Let's make sure The Cliks take the prize home!

After a five-year hiatus during which Lucas Silveira - the openly transgender lead singer of The Cliks - finally found his true voice (literally and figuratively speaking) - successfully going through a female to male transition process - he has now returned to the music scene with the a brand new Cliks album entitled “Black Tie Elevator”. 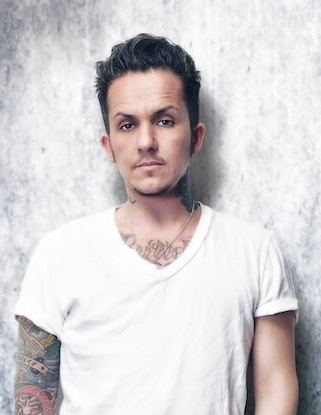 Silveira, now 33, made history in 2006, when he became the first out transgender man to be signed to a major record label. Silveira's band The Cliks, which formed in 2004, gained widespread acclaim after being featured on the soundtrack of the Showtime series "The L Word."

A stint performing alongside artists like Debbie Harry, Rufus Wainwright and Erasure on Cyndi Lauper's 2007 "True Colors" tour brought additional attention to Silveira and his bandmates.  The Cliks’ first two major label releases, Snakehouse (2006- Warner Music Canada/Tommy Boy) & Dirty King (2009-Warner Music Canada/Tommy Boy) brought the band international recognition.In 2007, the Toronto Star deemed a transgender "pop heartthrob," a title he cemented in 2010 when he was voted the “Sexiest Canadian Man” in a Chart Attack end-of-year survey.
After half a decade of living as a man but appearing to most as a woman, he began the formal process of testosterone hormone therapy. The result was a voice that was changed, deeper and huskier, but somehow more soulful. In 2010, his rebirth landed him in Brooklyn, NY, a home away from home to concentrate on songwriting. He recorded a solo album “Mockingbird” and wrote new songs for The Cliks next music venture, the blues and Motown-inspired "Black Tie Elevator".

Transgenderism has been a hot topic lately particularly with the recent CNN interview of Kristin Beck, a former Navy Seal, who transitioned from man to woman and chronicled her life-changing experience in her book "Warrior Princess": http://www.cnn.com/2013/06/07/us/transgender-veteran/index.html?hpt=hp_c4

We also remember Jenna Talackova, the 23-year-old who forced Donald Trump to end a ban on transgender pageant contestants; not to mention ABC announcement that Chaz Bono had joined the popular "Dancing with Stars" primetime TV show a couple of years ago; as well as last year's breaking news about Tom Gabel, lead singer of "Against Me", who transitioned from man to woman and was featured in Rolling Stone Magazine.

Yet controversy is still swirling around the transgender issue as a majority of people still do not grasp the concept of transitioning from one gender to another.
Learning about transgender lives can break stereotypes and help audiences see the human side of an issue they may not have encountered personally.
More than a story simply about a transgender’s ordeal, Lucas' tale is about an extraordinary journey into happiness and being at peace with oneself having found his true voice.

Here’s the link for voting:  http://www.mtvu.com/music/american-authors-breaking-laces-bridges-and-powerlines-max-gomez-the-staves/
Please note that voting is unlimited - fans can literally vote all day long for the video.

(ABSOLUTELY NO VOTING ROBOTS!  USE OF BOTS WILL GET YOU DISQUALIFIED)
Posted by lezstar at 19:00