Interviews with the stars and director of Lover's Game!

Remember that interview we did with one of the shows main stars, Crawford M. Collins? (If not, click HERE to read it!)

Well look what we have here: an interview with the director herself and this gorgeous cast: 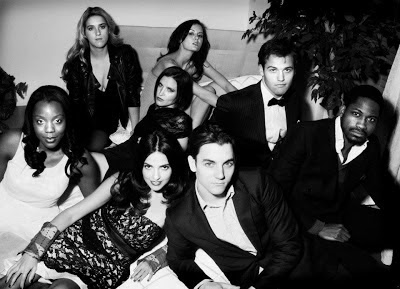 Firstly, let's go to the director/producer/writer of the show!

All Things Lesbian: What inspired you to write and direct the web series?

Danielle Earle: The web series "Brooklyn Is In Love," was produced in 2010. I was a MFA film student at City College of New York at the time, and I decided to take a year off to pursue film directing. I was 24 years old and I was questioning my life at the time, as well as going through a large amount of emotional battles; such as money, love, heartache. I was losing faith of who I was, and what I wanted to be in my life.  I guess every 24 year old, in their mid twenties, went through that one way or another. It's a completely terrifying time, and, it was then when I decided to write a web series, related to that subject. I always want to make love stories, that are relatable for everyone to watch. Whether you are lesbian, gay, straight  We are ALL going through it. The show is about three best friends in their late twenties. Brian, a wealthy gay theater student; Diane, a lonely, confused, but loving coffee shop owner widow; and Nikki, a rebellious, wild-child, with no direction. All struggling to find love in Brooklyn, NY. The stories follows their lives, from beginning to finish, in life’s ever changing obstacles of love, heartache, pain, betrayal and despair.

ATL: Could you tell us about any of your upcoming projects?


We have two feature films in the works. "Lover's Game" is already in production, Starring Crawford Collins, and Miranda McCauley. Vincent and Annabella are a wealthy couple living in New York City. They want to have a child, but discover that children will never be a possibility. Soon, their ambitions of family causes an effect with their marriage. One day Annabella, meets a painter named Gillian; a seductive, exotic lesbian painter who changes her whole perspective on her future plans with Vincent. Their friendship becomes closer, after Anna offers her an opportunity to showcase her artwork at her Gallery opening on Wednesday night. Soon, Anna and Gillian's relationship becomes closer, which leads to a love affair, that causes a roll coaster of emotions of betrayal, seduction that eventually cause Anna to reach her breaking point.

It's a beautiful lesbian love story/thriller with a lot of twists and turns that I hope the viewers will enjoy. Our next project this Spring is "Mad About The Boy," Starring Miranda McCauley, Jared Van Heel, and Brennen Steines. Definitely stay tuned for that.

***
And here come the cast interviews!
ATL: How did you get involved with the project?
Miranda McCauley (Gillian): I was cast in Brooklyn is in Love back in Season One as Diane. I was absolutely crazy about Danielle's scripts and I just wanted to keep working with her. When I read Lovers Game, I was practically screaming to be a part.
ATL: Can you tell us a little about your character and what attracted you to them?
MC: Gillian is quite relatable to me. She loves. She loves so much, she's practically bursting at the seams. She's creative, intelligent, and so desperately in love with those that are unavailable. Oh, yes. We've all been there. I'm there every day!
ATL: What is the atmosphere like on set?
MC: We all became fast friends. I adore everyone in the cast. We're all so comfortable and open with each other. How else would we have been able to film such a great lesbian love scene?! Speaking of which... The day before filming said love scene, I worked a 14 hour day at my prison, I mean... Day job. I was exhausted but so excited to film such an intimate scene with the amazing Crawford Collins. The scene itself was beautiful, but afterwards, Danielle wanted to get a few cuddling shots. Apparently, they had asked me to change my position to get a better angle.... But I had completely passed out. They could not wake me up. Crawford even tried shaking me! They felt so bad for me, they stopped filming me and let me sleep! 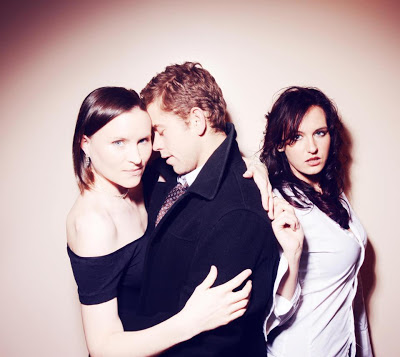 ATL: How did you get involved with the project?
Ben Leasure (Vincent): I came into the project via Danielle our writer and director. She contacted me and mentioned her script as something I may fit in, initially suggesting the role of Paul, when I read the script I felt so much love and compassion for Vincent and Annebelle that I was borderline insistent that I read for Vince.
ATL: Can you tell us a little about your character and what attracted you to them?
BL: Vincent has a hero complex, and he is a heroic person within the scope of his life. The screenplay focuses on some of his most vulnerable, personal, and really horrifying moments. As a person with great social reproductive ambitions and an eye on legacy, Vincent is not self concious, but aware enough to fear failure and humiliation. The needs he has are so pure and relateable, and the seemingly negative reactions to these circumstances that I have as Vincent are truthful to a lot of people who find themselves in heighted emotional moments that test the very core of their moral fiber. So the attraction to me was to allow men in Vincent's position to see that their emotions whether right or wrong, are normal.
ATL: How did you become involved in this project?
Nadia Serantes (Elle - Gillian's ex-lover): Danielle Earle the writer / director contacted me and offered me the part of Elle. I had worked with Danielle before in Brooklyn is in Love and know what a wonderful artist she is. I completely trust her vision and didn't doubt a second to take up the role.

ATL: Can you tell us a little about your character and what attracted you to them?
NS: Elle is a past lover of Gillian (played by Miranda McCauley). They have a very rocky relationship, Elle is a troubled soul. As an actress I enjoy complexity and this character gave me so many things to play with, from her brightest to her darkest side. It was a joy to be under her skin for a while.

ATL: What is the atmosphere like on set?
NS: The atmosphere is wonderful! working with Danielle and her team is always fun and Miranda is such a generous actress that it is impossible not to have chemistry with her on and off screen. 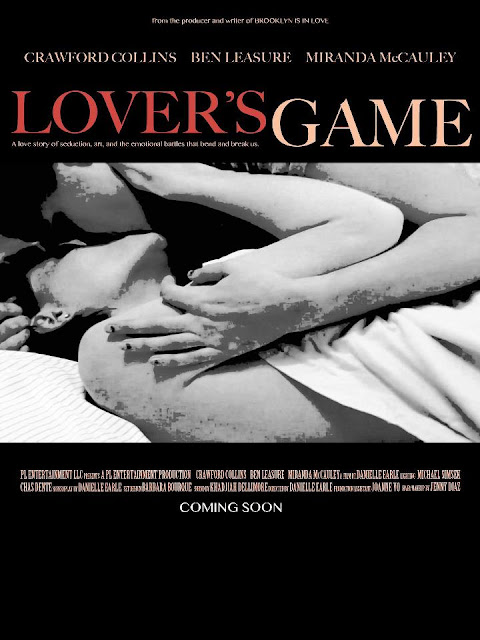 ATL: How did you become involved in this project?
Andrew Nielson (Greg): Last May, I did an Off-Broadway reading of Intermezzo with my current Lover's Game co-star, Crawford M. Collins. I discovered Danielle's web series (an LA WebFest award winner) when I found out that Crawford had landed a guest star in the second season. It wasn't long until Danielle and I started corresponding, and when she offered me an audition, I jumped on the chance.

ATL: Can you tell us a little about your character and what attracted you to them?
AN: Greg is an artist, and Gillian's best friend. He helped Gillian through the tragedy of her last relationship, and because of this knows Gillian better than anybody. He's sweet, caring, and a very self-assured person. It is his self-assurance that allows him to focus on Gillian. I think I was so interested in Greg because he is the loyal friend that everyone wishes that they had. Everyone has had a friend that they trusted so deeply that they were blinded to their friends faults....but Greg is friendship perfected. It is an unselfish  friendship without pretense. Some people might find that unrealistic, but have that friendship in my life, and I know what it looks like. It exists.


I think that is the most amazing thing about Lover's Game. It mixes realism with this idealized version of relationships. I think that beyond the blatant LGBT themes in the film, there is an incredible beauty in just the FRIENDSHIP that blooms so quickly between these two hurting women. They find healing through each other-and no one else could have done that for them.

ATL: What is the atmosphere like on set?
AN: Being on set is always a blast. So far, my favorite moment was the party scene with Crawford and Miranda. We get along so well! It was amazing to work with Crawford again...she's such an incredibly smart actress! I have to say, though, by my 25th cigarette for the roof scene, I was about ready to die. That may also have been because it was 30 degrees and windy.

Doesn't it sound great?! Are you excited for the release of this awesome web series? And how nice is it to hear how great the on-set atmosphere is from all of the stars?

Stay tuned for the release of Lover's Game - no doubt we'll be telling you all about it!