What is Kiss Her, I'm Famous? Only the hottest new lesbian web series on the map starring a few famous faces!

Check out what (the hilarious!) director Rolla Selbak had to say about the project. 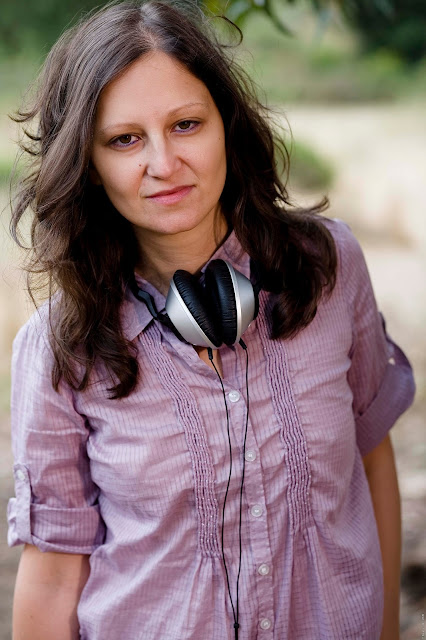 All Things Lesbian: Kiss Her, I'm Famous looks awesome, but can you describe it in 3 words?

ATL: What inspired you to create the series?

RS: Nowadays, gratuity and fake publicity seem to be able to catapult just about anyone into the spotlight, so I wrote the series as a satire that tackles the phenomenon in a smart, subtle, and entertaining way.

My past work has trended towards drama, so I was also very excited to delve into the more comedic realm.  As far as creating a web series, I must say, connecting directly with the audience and being able to be in full control of the content is so refreshing, it’s such a high.  I love it.  It’s hard to go back to the more traditional ways of producing content as a filmmaker once I’ve gotten a taste.
At the same time, though, I wanted to create something that was memorable, that stuck with people. That’s why it was important to create a good story, with compelling characters. I didn’t want to get caught up in trying to put out the next viral video.  I think there is a real thirst for quality, TV-type content on the Internet, especially within the Lesbian domain.

Of course there’s certainly room for both, but since my cat won’t let me dress her up in bread slices and pasties, I settled for the latter.

And now with platforms like tellofilms.com, who are the distributers of Kiss Her I’m Famous, that’s what you get.  It’s like the Lesbian Hulu.  For a few bucks a month, you get access to all these quality shows and content, all lesbian-centric. I’m happy to be a part of it.

ATL: What made you cast Tracy (Ryerson) and Ilea (Matthews) in the lead roles?

RS: Tracy was someone I had been eyeing to be a part of the project. I reached out to a few other possibilities, but it wasn’t gelling for one reason or another. Then Sheetal Sheth (whom I know from my feature film Three Veils) was a guest on Tracy and Stamie’s podcast, OFM. I thought: huh, maybe Sheetal can introduce us and see where this goes? I was introduced, I sent over the script, and the rest is history. There’s something about Tracy’s onscreen presence that really lures you in, and that’s what I was looking for. She’s got it.

With Ilea, I needed someone talented, energetic and smart to fill the role of Jen (who’s a handful in the series!) I was looking for someone with great comedic timing, but who also exuded sincerity. I wasn't having any luck through my own searches, and so I hired a casting director (Lori Laube from AE Casting) to help out. Ilea was on the top of her list, and after seeing Ilea’s previous work, and meeting her, she was the only one on mine.

Put both of them together and you've got that electricity I was looking for. 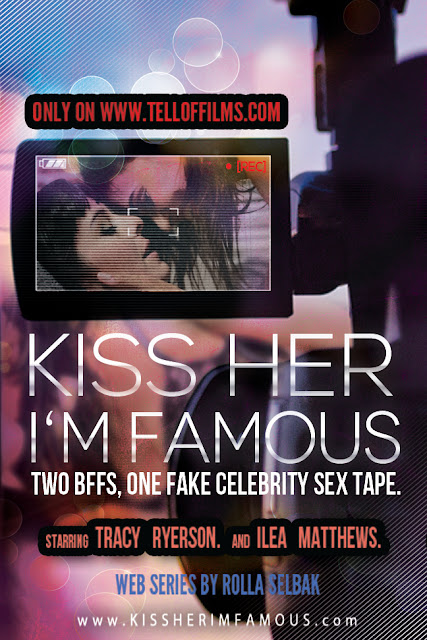 RS: Principle shooting was a 5 days in Los Angeles, and I also shot some scenes in San Francisco as well.  It was a riot of course.  I mean there’d be something wrong if you put all of us in a room without craziness ensuing.  And when filming with folks you haven’t worked with before, it really is a crapshoot.  So I feel so fortunate.  My abs are still hurting from all the laughing.

The cast and crew were pretty darn queer, men and women.  It was so awesome, actually, I’d never had the privilege of experiencing that before.  We all got along so well; everyone was so respectful (especially when it came to the more intimate scenes). My crew is the best. I’d love to shoot anything with them, at any time, for any reason.

ATL: Would you point us in the direction any of your past/future projects?

RS: Well I mentioned my most recent feature film, Three Veils, starring Sheetal Sheth (I Can’t Think Straight), Mercedes Masöhn (666 Park Ave), and featuring Eric Avari (Heroes, The Mummy).  It’s a film about three young Middle-Eastern women living in the U.S, each with her own personal story.  As the film progresses, all three stories unfold and blend into each other as connections are revealed between the three women.

The film confronts delicate subject matters such as arranged marriage, homosexuality, and love within the Muslim-American subculture.  You can watch it on-line, from anywhere in the world, by going to www.threeveilsmovie.com, and pressing play.

I’ve also got a monthly Spreecast called Grrl’s Guide To Filmmaking, a show dedicated to aspiring filmmakers who would like to learn more about making films or online content.  I interview strong females in the industry, and audiences can interact live, ask questions, or just sit back and watch.  You can watch upcoming Spreecasts, or catch up on older ones on the GGTF Spreecast channel:http://www.spreecast.com/channels/grrls-guide-to-filmmaking.

As for the future, I’m always working on something.  We’ll see how Kiss Her I’m Famous goes, maybe a season 2 might be in store *crossing fingers*.  I’m also working on my passion project, “Empyre”, an intelligent dystopia about what the world will look like in 500 years.  So you know, along the same lines of Kiss Her I’m Famous, lol!

Now a question just for fun: Will you be at Dinah this year? And which celesbians are you hoping to hang with?

Yup, I will definitely be at Dinah.  I haven’t had a vacation in a year, so I’m so looking forward to it!

I can’t wait to hang with Brandy Howard and Julie Goldman again; they seriously crack me up! I’d love to meet Fortune Feimster, it’s always the best when she’s on Chelsea Lately.  And really, I’m also just also looking forward to being poolside, soaking up the sun and music, and chatting it up with whomever.  I’ve been in my editing cave for weeks, and can’t wait to bust out.
Posted by lezstar at 19:00