Well, here's the Uh Huh Her gig review I promised... And what a gig it was! 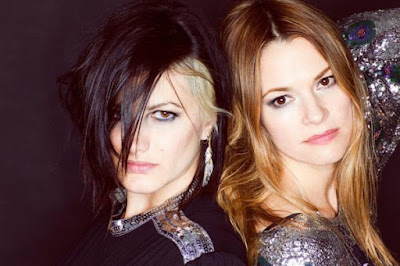 In fact, the gig was so good that I've resorted to planning a tattoo of some UHH lyrics. It was simply inspiring.

Of course, many of the people were only there to see "Alice from The L Word", with one or two fans shouting "marry me, Alice!" at the top of their voices, which really irritated me. When will you all learn that Alice and Leisha (Hailey) are two completely different people!? i.e. One's real and one's a character from a television show. Is it really that hard a concept to grasp?

I however, unlike the select few others, was there because I am a huge fan of the band's music: I have every single one of their songs that I can find; both of their albums, both of their EPs... I'm a 'superfan', some would say. 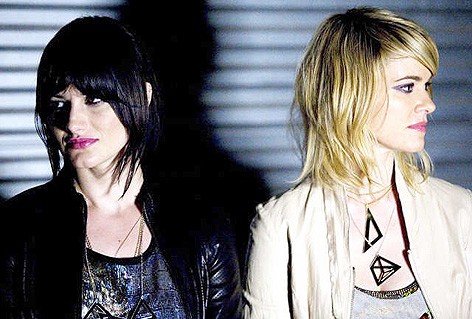 As a huge Leisha fan, I was extremely surprised to come out of the venue in Manchester loving Hailey's band-mate Camila Grey more than I ever thought I could. Grey's voice was sultry, smooth and beautiful, and her stage presence was sick. She oozed both sex appeal and coolness, with that perfect little bit of nerdiness underneath her broody exterior. 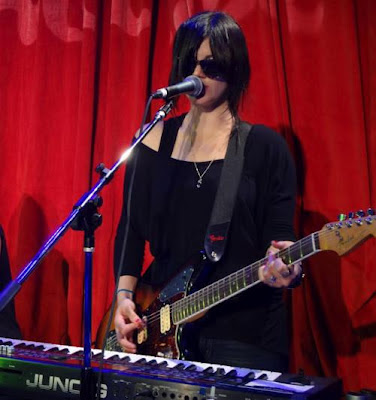 (Photo courtesy of deloabsurdoaloincierto via Tumblr)

As Cam played the electric guitar, bass and synth with style and f*cking awesome talent, Leisha held her own too. My first thoughts were "oh my gosh, she's so tiny", but damn, can she rock out.

When it was time for her to play a song she wrote herself from Uh Huh Her's second album titled 'Debris', (which is about phone sex, apparently) she sang in a much deeper tone than any of us L Word fans are used to, but it was god damn sexy at the same time. 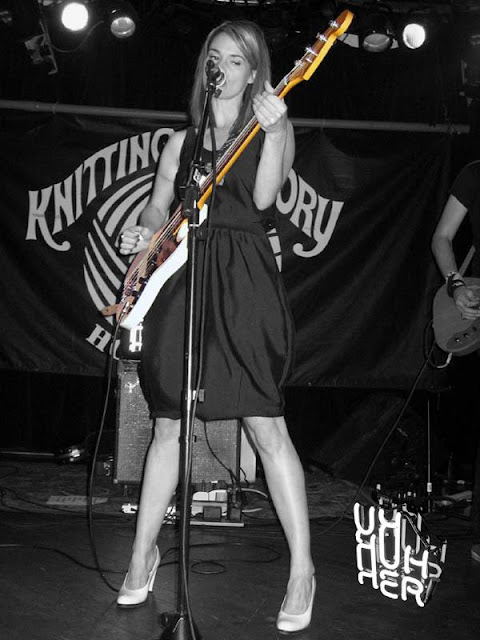 What particularly stood out was the duo's acoustic version of fan-favourite, Common Reaction, in which we could really hear the expertise of the couple's voices and technical acoustic guitar playing.

Perhaps one of my favourite moments, however, was the following dialogue that occurred.

I'm not sure if the rest of the room heard this, because I'm pretty sure I was the only person in the room who screamed out in approval. They're definitely the hottest, coolest couple you can imagine.

On the whole, Uh Huh Her were just a pleasure to watch. Everything about the gig was simply perfection and the pair should be proud of themselves for achieving so much in so little time.

I'd recommend them to everyone - not just the lesbians! - and especially to those who are fans of Bowie, Arcade Fire, Blonde Redhead and the like.

I visited the concert in cologne. 3 weeks later I`m still flashed of their talent. (I`m thinking about a lyrics-tatto, too ;-9 )

I`m not one of the L-Word-fans...I only LOVE the music of Uh Huh Her and I hope sooo sooo much that they will come back soon!

greets from a german fan (sorry for my bad english)

Thank you for the comment! I LOVE hearing from international fans, your English was definitely understandable :)
Glad you agree!

I visited the concert in cologne. 3 weeks later I`m still flashed of their talent. (I`m thinking about a lyrics-tatto, too ;-9 )

I`m not one of the L-Word-fans...I only LOVE the music of Uh Huh Her and I hope sooo sooo much that they will come back soon!

It was thru the L word that I got to know Uh Huh Her, through Leisha.

I was a really big fan of Leisha and I guess I could say, as a fan, you'd really follow the actor no matter what road they took.

And so I followed Uh Huh Her. And I loved this band, and Cam, too. They make a great team, and has great chemistry too.

I love them and their songs. In fact, I have all their albums and EPs in my iPod.

And just recently, I've got their 3rd EP downloaded from iTunes as well.

That's how endearing they are to me.

It's just sad I couldn't see them perform live, because I'm in the far east asia (Philippines).

But that doesn't make me less a fan. I will forever be their biggest FAN.