Awesome LGBTQ music news for you gays right here on All Things Lesbian! 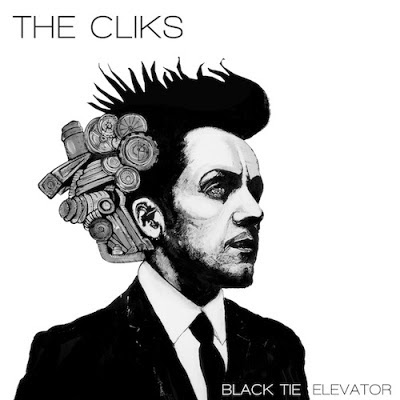 Founded by front man Lucas Silveira in 2004, The Cliks have gone through the highs and lows that make an artist a true veteran of change. Almost nine years since the formation of the band, The Cliks are still standing.
After a slew of line up changes, Silveira is the sole remaining original member of the band and, the Cliks, an extension of his personal vision.

The first “out” male transgender to be signed to a major record label, which drew as much publicity as controversy, he also became the first transgender man voted “Sexiest Canadian Man” by ChartAttack.com The Cliks have made headlines for their gender-bending style, being compared to David Bowie and other musical fashionistas. But Lucas’ rock icon take on the classic suit comes with the genuine desire to just be himself. Lucas is one of those beautiful people who lays it all on the table - uncensored.

After 5 years of living as a man but appearing to most as a woman, the image in the mirror needed to match the image internally. The voice coming through the speaker never felt familiar.  In 2009, Lucas took the opportunity to take a hiatus from the band to follow a very personal life-changing venture and began the formal process of testosterone hormone therapy; something he had been told by Doctors could cost him his singing voice. Knowing that his current existence was leading him down a road of deep depression, he felt his only option was to venture into the unknown and not let his fears dictate his choices

The result was a voice that was changed, deeper and huskier, but somehow more soulful. In 2010, his rebirth landed him in Brooklyn, NY, a home away from home to concentrate on songwriting. He recorded a solo album “Mockingbird” and wrote new songs for The Cliks next music venture.

Lucas found his songwriting style growing and changing towards a more soul/blues/rock styling. The result was a collection of songs that make up the new Cliks LP release BLACK TIE ELEVATOR.

BLACK TIE ELEVATOR, scheduled for release in March 2013, was produced by Toronto based musician/singer/songwriter Hill Kourkoutis (Hill & The Sky Heroes, The Weeknd) who’s understanding of Lucas’ vision was integral to the final sound of the record.

While the songs on this album may be a surprise to many, loyal fans of The Cliks know that with Lucas, change is constant, though the foundation remains the same -  songs that are real and true, lyrics that speak a universal language and music that will move and bind you to those words.

But we wouldn’t expect anything less from Lucas, an artist at heart who doesn't hold anything back in his music or in his life.

When he’s not creating music, Lucas can be found drawing and painting, acting, writing and doing public speaking events at Colleges & Universities on his personal story and experiences.

He has successfully sold many pieces of art on line and will be concentrating on creating a full body of work for an art exhibition. Notably, the cover for the new The Cliks record Black Tie Elevator, is a self portrait painted by Lucas.

Lucas currently lives in Toronto, Canada with his beautiful fiancée Skye Chevolleau who can be heard singing on the track 4 Letter featured on Black Tie Elevator.

No matter what the challenges that Silveira has faced, the vision he has had for The Cliks remains clear. When asked what that vision is, Silveira says “If it ain’t true, it ain’t worth it.”
Posted by lezstar at 13:16