Love them or hate them, everybody has seen at least a part of some white trash TV reality show. Even my Dad (quite a conservative man) watches the UK equivalent of Jersey Shore.

Yet for us gay ladies, reality shows rarely include lesbian activity. (We'll discount Big Brother, The Glee Project and America's Next Top Model, which occasionally include lesbian contestants and content.) So The Real L Word must be a must-see, right? 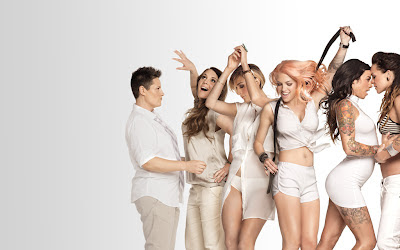 Most lesbians hate the show and think it puts lesbians across as a bunch of crazy, tattooed bitches who cause drama everywhere they go. (Which in my opinion, isn't that much of a stretch from the truth!)

Anyway, I got dragged in by the lure of its evil, trashy advances and decided to watch season 3.

This year (unlike previous years) The Real L Word crosses between New York and LA to show the lesbian scene on both sides of the US.

The New York persuasion includes lesbian band, Hunter Valentine (pictured below), who we see get into all kinds of trouble. (Especially Kiyomi, that girl is drama in human form.) 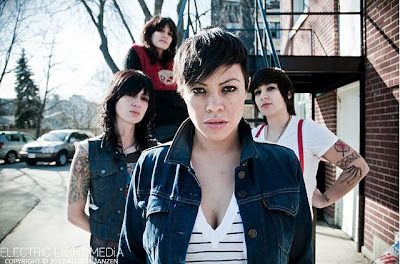 Over on the West Coast, we see the return of old favourites Whitney Mixter and Sara Bettencourt (below), along with the "normal" couple on the show, Cori and Kacy. 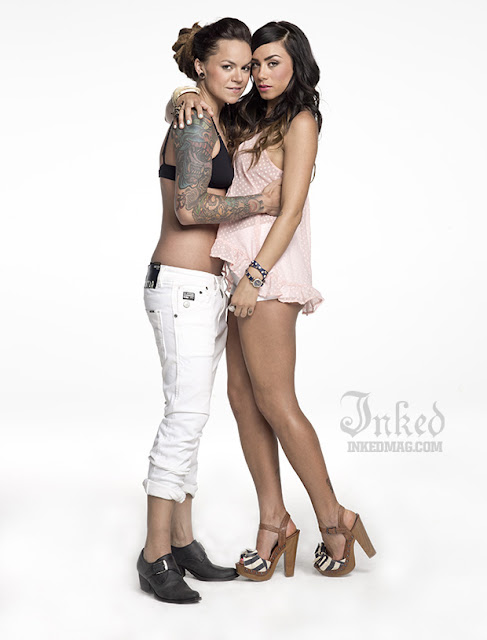 There's also appearance by Romi Klinger (who I personally despise with everything that I am) and a few new faces, such as Amanda Leigh Dunn and Lauren Bedford Russell.

But have you been watching? Honestly, I'd recommend watching this season. There have been tears, fights and sex, but it is actually such a fun show to watch.

If you have been watching, who is your favourite?

Comment below with your opinions or vote in the poll to the right!
Posted by lezstar at 06:07

this show is my guilty pleasure! lol
i hate them but i love to watch!
and i also love the "exceptions" like cori and kacy and nikki and jill - the cutest couple i've ever seen, i wanna be like them.

@Bruna Louise, Nikki and Jill were my favourite in season 1 too! But this time I can't help but love Whitney and Sara :)