If you're a Skins UK fan, you're probably going to know who Naomily are.
You know, the really cute lesbian couple from Skins UK's 2nd generation of characters. 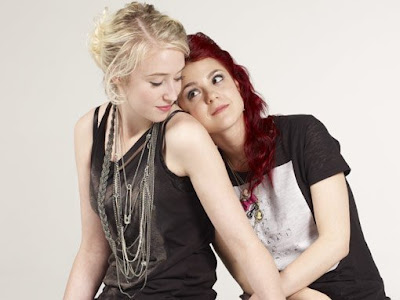 Anyway, if you don't know who they are, Naomi (left, Lily Loveless) and Emily (right, Kathryn Prescott) were the most recent teen couple on our screens that portrayed the love of 2 lesbians.
Until now.
The 3rd generation of Skins UK has brought us pansexual Franky (Dakota Blue Richards), whom some believed at first was a transgendered character.
Anyway, the straight-laced, popular Mini (played by Freya Mavor) appears now to have a little bit of a crush on Franky.
Previously, fans saw a young, straight girl in Mini, who lost her virginity to her then boyfriend this series.
However, the series finale hinted a few times at Minky's relationship becoming something more.
But WAIT! There's another person in the mix.
With Franky being pansexual, it seems that she's also caught the eye of a male friend too. Matty (Sebastian De Souza) is clearly in love with her, making it hard for Mini to get a look in. 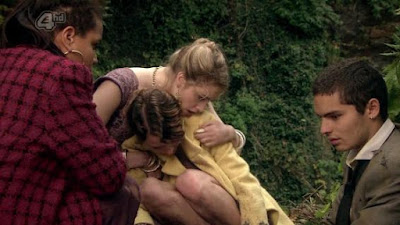 Anyway, a lot of fans boycotted the show this year, claiming the cast looked 'boring' and many believed they wouldn't live up to the first two generations.
However, if you give generation 3 a chance, they're actually an interesting lot.
You should check it out. Then tell me what you think of Franky & Mini's little love triangle.
Posted by lezstar at 19:05

Isn't it about time we move away from this ridiculous idea that you 'have to' choose?

I love Frankie ^^ She is the ONLY reason why I watched the third generation of Skins. I mean I definitely have a girl crush on her, even if she is slightly younger than me *cringe*