Everyone Loves A Good Redhead.

After my 'Blondes I Would...' blog, I had many requests to do other lists of the same nature.
For example, someone asked for this one: a list of the top redheads.
So here goes, in no particular order. (And don't shoot me if I miss out your favourite.)
Kate Walsh. 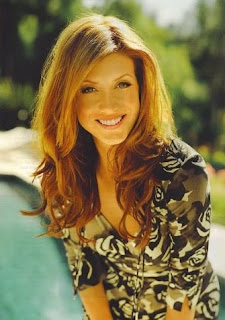 You have to know Kate. Formerly Addison on Grey's Anatomy, which was followed by her character having her own spin-off show in Private Practice. I've never actually seen her in anything else, but I don't care. She's gorgeous.
Christina Hendricks. 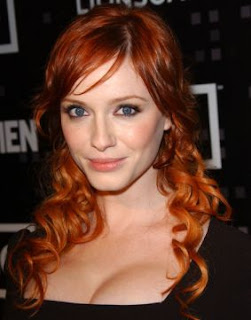 I have never ever seen anything Christina has been in, I'm not going to lie. I do know she's in Mad Men and I definitely know she's gorgeous. So she makes the list.
Drew Barrymore. 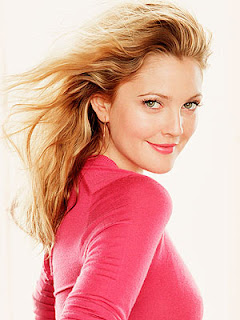 Drew. Ah, Drew. You'll definitely know her from things such as E.T., Charlie's Angels & her directorial debut in Whip It! And I can't help it: she's my favourite red head. In love.
Alyson Hannigan. 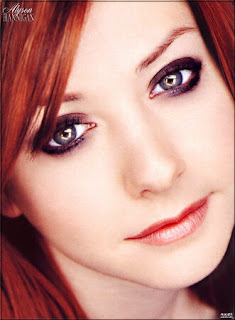 Anyone who knows me will know I love a chick with a personality, and Alyson definitely has one. Probably best known for her roles in cult classic Buffy the Vampire Slayer, American Pie and How I Met Your Mother, Alyson also has a pretty face to match that gorgeous personality.
Marcia Cross. 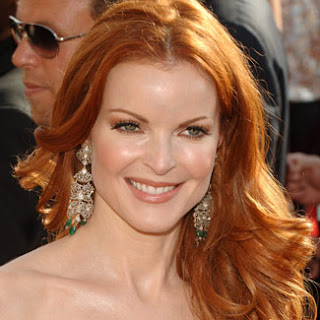 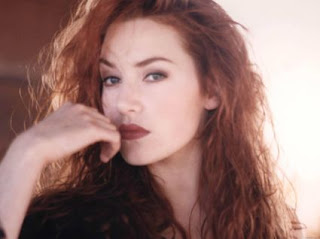 I have to admit, I do enjoy Kate as a blonde, but she does just as well as a fiery redhead. Of course, you'll know her from Titanic, but I love her in The Holiday. Lord knows why, I just do.
I think that's enough to wet your appetite ;)
If you're good I may have another list for you to drool over.
Posted by lezstar at 06:52

Redheads are mostly HOT, so like them!
Greetings from Flanders,
Nadja
Dyke extraordinaire

Most of those are not natural, quite a few are naturally light brown or blonde, including the lovely Christina Hendricks (yes I DO watch Mad Men).

I will also like to add to the list Deborah Ann Woll, who plays Baby vamp 'Jessica' on True blood, she is very pretty and her character is a great deal of fun.

Nowhere in this blog did I state they had to be natural.

my fave redhead is Marian Aguilera, who played Silvia in Los Hombres De Paco (gay character in a Spanish series).

Julianne Moore is my second favorite redhead (Marcia Cross being my first).

OOOooo. I second the Julianne More inclusion. And I'd like to add Marián Aguilera for all the PepSi LHDP fans out there!

OH JESUS. *infinite praise for this post* I have THE BIGGEST THING for redheads--it's a little bit ridiculous. Christina Hendricks is DEFINITELY up there, as well as Kate Winslet, Julianne Moore, and Emma Stone, but I also LOVELOVELOVE:
Amy Adams
Debra Messing
Kathryn Prescott (of Naomily from Skins fame)
Kirsten Dunst (in Spiderman movies)
Nicole Kidman (in Moulin Rouge....*drools*)
Rachel Hurd Wood
And maybe my all-time favorite........Lena Katina from the Russian girl duo tATu. *INLOVEINLOVEINLOVE*

So there you have my favorite fiery redheads of screen and stage. <3 Just thought I'd commend your idea for a post.....and maybe add a few of my own. :-D