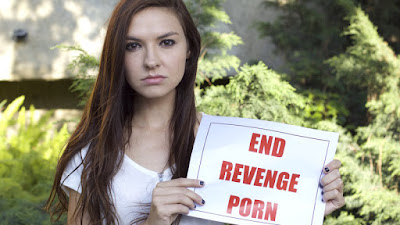 Head over to Petition.org to sign Chrissy's petition or click HERE if it's easier for you. The petition only needs around 5,000 more signatures to reach the 150,000 signature goal, so please click the link to make a real difference.

Here are a few touching words from Chrissy herself, which help explain what she's been through.

Have you ever seen an embarrassing photo of yourself? You know the type, a notification pops up on Facebook and the picture you see makes you cringe. Now imagine getting a notification that includes your name, but this time when you open it up you see something criminal, something you can’t unsee, and sadly something everyone else can look at too. This time, you see yourself naked and unconscious.

My name is Chrissy Chambers. Some of you probably know me from the YouTube channel BriaAndChrissy that I run with my girlfriend Bria, but even those of you have been following my life and work for years don’t know this story.

When I was 18 years old, I started a long-distance relationship with a man who was 6 years older than me. As you might expect, soon enough the relationship grew strained and we broke up. I still cannot believe what happened next.

Before the relationship ended, and without my knowledge or consent, my ex filmed himself having sex with me, and when we broke up he posted them online and they were shared to over 30 pornography sites.

It wasn’t until two years after they were posted, when a link to one of those videos was emailed to me, that I found out they existed or even that this sexual encounter had taken place.

When I first saw them I felt like I’d been stripped of my dignity. Each one included my full name, and my ex had included text calling me a slut and a horrible role model. By the time I found them, they had been viewed tens of thousands of times. Life as I had known it ended. It was like I had been hit in the chest and couldn’t catch my breath.It only got worse when I found out that there was nothing I could do to get them taken down. There are currently no federal laws in the United States that criminalize “revenge porn,” meaning sexually explicit photos or videos posted online without consent.

How is it possible that this practice is legal? How can there be no consequences for the perpetrators who commit such horrific acts? How would you feel if this happened to you, or your sister, or your best friend?

My ex posted those videos for revenge, plain and simple. He wanted to hurt me, and to tarnish my reputation. But he won’t succeed.

I am standing up to fight back, not just for me, but for the tens of thousands of other women (and men) who have been put in this same situation with no way to defend themselves. With the help of our lawyers at the firm McAllister Olivarius, we are bringing the first ever civil lawsuit against revenge pornography in the UK.

The reality is that what happened to me was a form of sexual assault, and it should be treated that way by the law. No one should be able to get away with posting explicit photos or videos of another person without their consent, or profiting off running a website that hosts that content.

I do not want anyone else to ever have to go through what I did, and with your help we can make that happen.

Don't forget to sign the petition today: https://www.change.org/p/protect-victims-end-revenge-porn-now
Posted by lezstar at 18:00