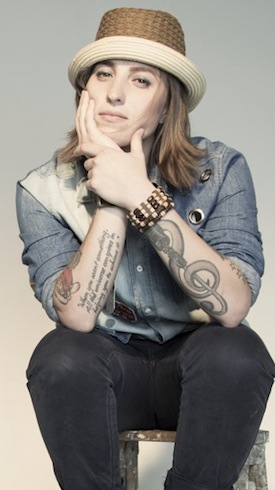 Brooklyn, NY - 23-year-old out singer, songwriter, musician Krissy Krissy will be hitting the road together with all-female bands Hunter Valentine and Girl in A Coma for a Fall Tour.  A 20 plus- date adventure across the U.S. and Canada that kicks off on September 8th in Nashville, TN, and then continues throughout October.

The bands have officially announced a string of dates for the series of shows that sees Hunter Valentine and Girl in A Coma co-headlining with support from Krissy Krissy  (See tour dates below).

Praised as being a powerful vocal house, California native/Brooklyn raised, Krissy Krissy has been making tremendous strides in a very short period of time.

From garnering a quarter million views in just two days for her debut single “Dreams,”  to a top record on I Heart Radio, to an MTV Buzzworthy Feature, to a #1 spot on MTVU "Freshman Pick of The Week, Krissy Krissy continues to break new ground.

Growing up in a Pentecostal church, “the white girl who has soul” was quickly nicknamed “Frederica” for her musical influence spawning from the likes of Fred Hammond, Kirk Franklin, to Aretha Franklin. She was kicked out of choir and church at age 15 for kissing a girl; moved out of her family-of-8’s crowded two-bedroom apartment at 17; and was soon after discovered at a local karaoke bar in Brooklyn.

Since releasing her new EP "Above All" last Fall to great success, Krissy Krissy has been garnering impressive media coverage turning up everywhere from the pages of HIts Magazine, The Huffington Post, The Hype Magazine, MTV Buzzworthy, to URB and AOL Feature, to name a few.

Not one to rest on her laurels, Krissy Krissy is now working on her new album. She is also currently running a social media contest, giving away $1,000 to the person that posts the craziest picture of her new cut out cartoon on Instagram:  http://searchinstagram.com/mydaywithkrissykrissy#

Music's new "it" girl is definitely on the move and making a lot of noise!

Krissy Krissy is beyond excited to be embarking on this tour alongside acts of the caliber of Hunter Valentine and Girl In A Coma. 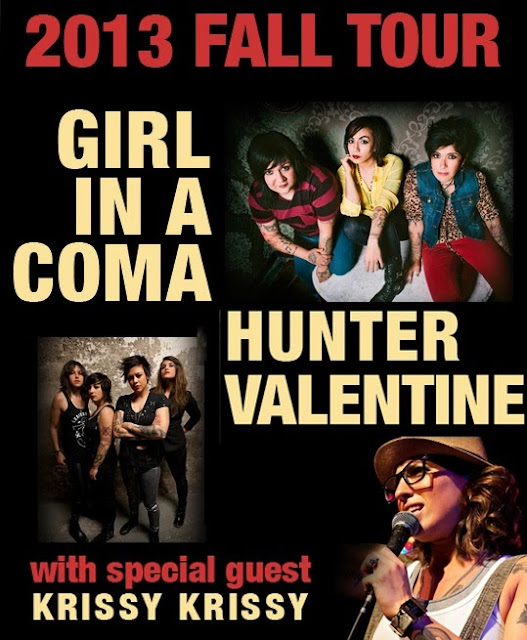 Coming straight out of starring in Season 3 of Showtime's hit reality series The Real L Word   into the release of their third studio album, titled Collide & Conquer, no one can deny the momentum behind rockers HUNTER VALENTINE.

The in-your-face buzz-heavy all-girl rock band, formed by Kiyomi McCloskey (lead vocals/guitarist) and Laura Petracca (drummer), has unequivocally established itself as a veritable powerhouse that is exploding onto the mainstream. Averaging some 200+ tour dates a year all over the world including the Sum 41 tour and more recently The Cindy Lauper "She's So Unusual" tour, Hunter Valentine have never been more primed to take the musical world by storm (www.Huntervalentine.com).

If anything is big in Texas, it's certainly the buzz around San Antonio's friend/sister trio, Girl in a Coma. Discovered and signed by Joan Jett after participating in a cable TV show called 'Jammin',' the three girls took their punk tinged soulful tunes and charted iTunes and Billboard. They've opened for bands like Tegan and Sara, Social Distortion and Morrissey. With a total of four albums worth of high-end singles and retro covers, they have earned the attention of many industry veterans and celebrities alike, including James Franco, who recently directed a series of commercials for Stuart Weitzman shoes, using the girls’ sultry cover of “Walkin’ After Midnight.” (www.GirlinaComa.com).

Get ready for the all-female artists invasion! New music, new tour dates and bigger sound will be coming to a city near you this Fall.

More dates  to be added. 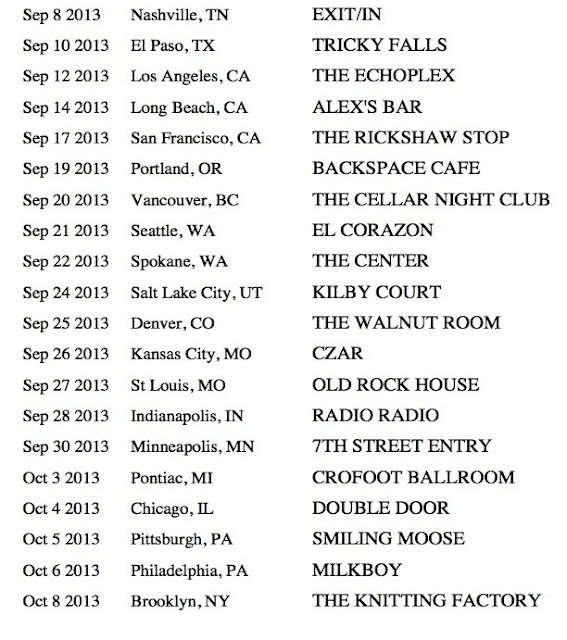