Whether you're from the UK or not, you'll have heard about Skins. Whether that's because a US version recently aired on MTV or because you're a lesbian and you can't help but love 'Naomily', everyone knows of it. 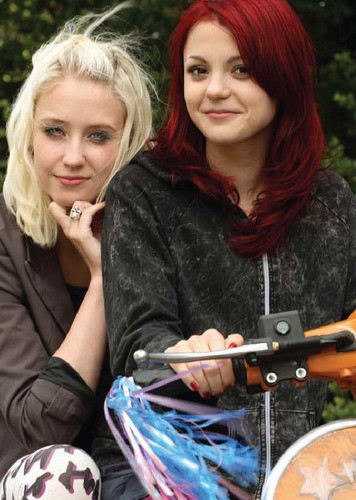 Yep, now you're remembering. Every lesbian I know has shipped Naomily (Lily Loveless, left, who played Naomi, and Kathryn Prescott, who played Emily) in some way, shape or form during their lives.

If you've stuck with Skins up until Generation 3, you'll have also spotted that the writers built-up fan-favourite, 'Minky'; an amalgamation of Mini (Freya Mavor) and Franky (Dakota Blue Richards) - two girls who seemed destined to be together until their storyline was ignored in season 6.

What I'm trying to say is, Skins was epic in terms of both lesbian and gay, male relationships. (There was also generation 1's Maxxie and generation 3's newbie, Alex, to keep the men happy).

But for all of you who aren't ready to see it go just yet, there will be a season 7!

What would you like to see in the final season? Do you think the writers will include any LGBTQ relationships?