So apparently now, gays don't even deserve a funeral, never mind a marriage. 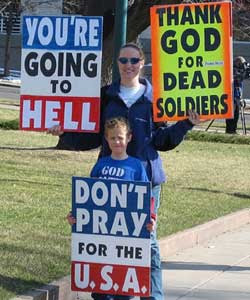 In an interview, Italian Bishop Francesco Nole claimed that 'irregulars' - including criminals and homosexuals - should not be given communions or funerals.

To quote him fully, he actually said: “Nothing surprises me anymore. Homosexuality, which is a disease, has become something normal. They sprout like poisonous mushrooms, and instead of feeling shame they celebrate this plague and the church itself minimalises these sins.”

When you're dead, your life doesn't deserve to be celebrated. Nuh uh.

We don't get any basic human rights now.

Is that okay with you?

In my opinion, anyone who believes someone doesn't deserve a funeral is a disease themselves.

Wow, what I just read disgusts me. This morning, my own younger brother shocked me too. He has been brain washed. "Gays are disgusting. Do you believe in God? Because he says being Gay is wrong." o_O

Wow,,I agree,They are very wrong...Gay is the way of life they choose,, FREEDOM OF CHOICE!!

maybe i am ignorance...i dont care what people said..but its a shame people cant see the way we do...like kloee said..freedom of choice..agree with her and its in our hand not them..

I am a lesbian and I dont desire to mary for the church.
I do believe their is a God, but its not the same God they are praying too. The church is hypocrit and rich.
But does that mean that we dont have a right to do so if we wanted too and are good people? I dont know.
They are living the rules of book written over 2000 years ago.
Times change, you either evolve , or you keep haning on to times and eventualy get lost in it.
People seem to need some higher power to understand the understandeble. Equalty is something for an utopia, But I dont say they are right, not at all.
I live my life a good person, I try to do so.
and by one rule, I do whatever I want, as long as I dont harm anybody else by my action, being lesbian does not do that.