Up until recently, I was never a fan of blondes. I mean, I've only ever dated 1 and that was a long time ago.
But now, I just can't help but notice some of our fair-haired friends and in their honour, I've decided to come up with a list of 'Blondes I would...' - Well, you know.
In no particular order...
Jessica Capshaw. (Actress. Grey's Anatomy, The L Word.) 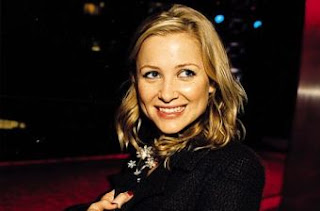 Aside from playing Arizona Robbins, the most perfect fictional character ever, and having the coolest Step-dad in Steven Spielberg (and her real father Bob Capshaw, let's not forget him), Jessica is pretty much the cutest thing on earth.
She can also be really sexy when she wants to be... (Click here.)
Lily Loveless. (Actress. Skins.) 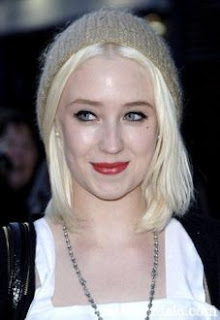 I know, I know, most people are in love with Emily (played by Kathryn Prescott), but I'm in love with Naomi. She's not a natural blonde, but she's always had that look of Debbie Harry about her with her bleached blonde hair.
Oh and Lily, that red lipstick... Miaow.
Laurel Holloman. (Actress. The L Word. The Incredibly True Adventure of Two Girls in Love.) 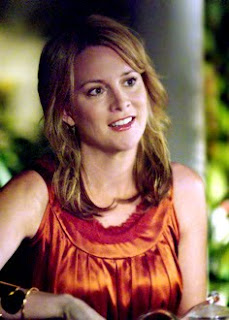 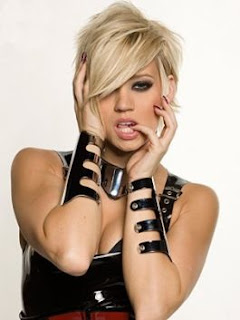 Yes, I understand that she's a brunette now. But seriously, when she was blonde, Wyatt was smokin' hot. Do I really need to explain this one? She can dance, she's gorgeous, she has the cutest laugh...
Oh, and we all know how bendy she is...
Leisha Hailey. (Actress. The L Word. All Over Me.) 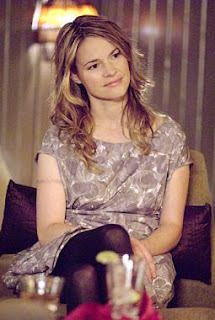 Again, not a natural blonde, but she's still super hot. Leisha is actually the only out lesbian on this list, making her that little bit hotter. She can sing, act, play various instruments... Is there anything she can't do?
I'm sure I could put her to the test...
And then there are the obvious ones like Charlize Theron and P!nk.
Who else would be on your list?
Posted by lezstar at 12:58

Do one for brunettes!!!

Sorry not much help I am afraid, I am hopelessly biased.

ahh I might! But there are just too many brunettes that I would! ;)
However, the top 20 gorgeous ladies is coming in July... Can you wait that long?

I miss Portia de Rossi on this list :) and Ellen :) I know she's a little bit older than me but I wouldn't say no to her. :)

PERFECT read my mind.. for a min i thought i wrote that in my sleep!

Dearest Lezstar,
As you know, I am not familiary with any of those ‘Stars’:)
So you want to date Blondes? As a child I was very blonde, in the youth years I grew dark blonde. Nowadays, my natural haircolor is GREY!(Proud on it!) My hair is cut very very short, I often wear a dark wig. And you? Are you dark-haired or blonde yourself ? I am just curious, so romantic ;)
Tenderly,
Nadja
<3<3<3

Glad you approve ladies!
Anyone else you think should have made it? Except for Portia/Ellen, ofc.

Definitely agree! I'm in LOVE with Laurel Holloman, and she could be my mother as well. Do I care? Not at all. And Jessica Capshaw is beautifullll!

I am more of a brunette woman myself, but I find myself smiling at a giddy little girl every time Jessica Capshaw has scene in Grey's.

the list is really yummi...you should put yvonne strahovski from chuck,blake lively from gg, and hayley williams from paramore..she is blonde now.. dont forget to do redheads...lol