Heather Peace will headline the festival closing the music stage on Sunday 17th July 2016. Heather is the first of many announcements that L Fest have up their sleeve for 2016.

L Fest, The UK's only lesbian festival have announced their headliner for 2016. After teasing us all with their much anticipated February 29th Leap Year release date we can now confirm that one of the most iconic lesbian music stars will be headliner at their event - introducing Heather Peace! 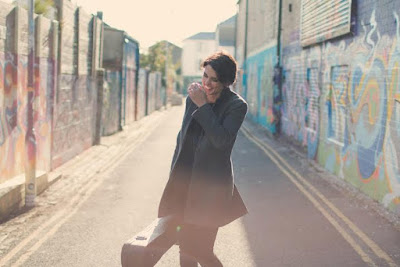 Heather released her debut album, Fairytales, in 2012 and The Thin line in June 2014.  As well as headlining at L Fest she is releasing her new EP 'Come Home', a European and a full band UK Tour are also planned 2016. She is well known for her work as an actress for 20 years, starring in TV shows like London’s Burning, Ultimate Force, Lip Service and Prey, Heather left her leading role in BBC One drama Waterloo Road in 2014, to fully commit to her flourishing music career.
Over the last three years, Heather has performed four sell out UK tours with her full band as well as four sell-out solo acoustic tours. She’s headlined London Pride, performed with her idol Alison Moyet and played shows with KT Tunstall, Rebecca Ferguson, Deacon Blue and Brian May. Internationally, she’s twice sold out tours across Australia as well as headlining the world famous Sydney Mardi Gras Fair Day.

We spoke to the festival director Cindy Edwards and asked her about the line up for this year: "We were delighted to secure Heather Peace for 2016, she's a name that keeps coming up in our feedback surveys so we are very excited to get her on board this year. Heather is the start of our roll out campaign for artists this year. We have many more big announcements to come over the next few months and 2016 ticket sales are already proving that this is going to be an exciting year!"

For all details of L Fest and their Spanish festival, L Fest Del Mar May 20-27th, see the wesbite www.lfest.co.uk
Posted by lezstar at 18:30