THE BEST DINAH LINE UP IN HISTORY.

PALM SPRINGS, CA - There are no words to describe the 2014 Club Skirts Dinah Shore Weekend. Pulling all the stops, the event was not only massive  but was also, and most importantly, pure magic. The Dinah 2014 was filled with special moments, unforgettable firsts, and significant milestones. 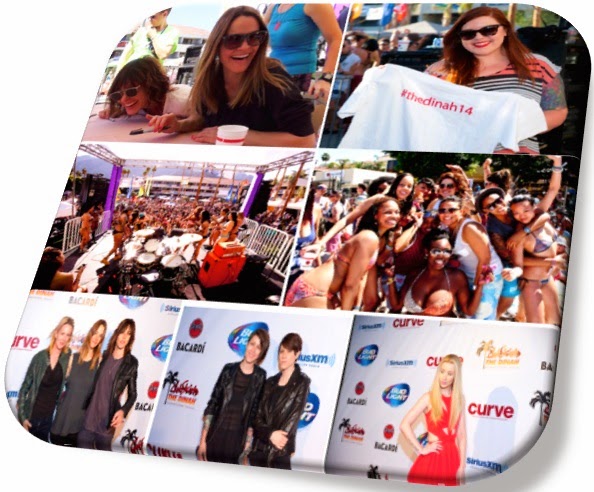 Thousands of women from all over the world gathered in Palm Springs over this past weekend to attend the 24th anniversary of the biggest lesbian event of its kind on the planet, Club Skirts Dinah Shore Weekend - the original Dinah Shore Weekend.

The Dinah 2014 was all about celebration, living out loud and transforming lives.

The legendary annual 5-day event not only provided a life changing experience to all attendees offering them the freedom to be who they truly are and gain a tremendous amount of self worth, but also to its epic slate of Top Ten Billboard headliners that made up one hell of a line up - one of the greatest in The Dinah's history.

Tegan and Sara’s sold out concert marked the first time the lesbian cult favorites performed at an all lesbian event. The Canadian twin sisters gave an emotionally heartfelt speech on stage about how they’ve always dreamed of attending The Dinah.

Rap titan EVE, who drew massive crowds, enjoyed her Dinah experience so much that she joined the crowd on the dance floor after her electrifying show. Mary Lambert, the voice behind Macklemore & Ryan Lewis’ VMA award-winning pro-equality “Same Love”, brought the crowd to tears at the Sunday Pool Party with a live performance that can only be described as stunningly divine. Meanwhile Grammy Award-Winning R&B diva, Evelyn "Champagne" King raised the roof with her multi-million selling classic old-school smashes  “Shame” and ”Love Come Down”.

Also, hip-hop’s biggest revelation, Iggy Azalea, whose brand new single “Fancy” is currently sitting at #1 on several music charts around the world, gave a killer performance during the White Party delivering her spellbinding rap songs with effortless repartee and leaving Dinah audiences in complete awe. Having played an integral part in catapulting the careers of international superstars in the likes of Lady Gaga, Kesha, Katy Perry and The Pussycat Dolls - all Dinah alumnae - the Aussie blonde bombshell is certifiably already on her way to follow the footsteps of her predecessors.

Another smash hit at this year’s monumental Dinah Shore Weekend was the L Word Pool Party hosted in association with Showtime. Originally scheduled for Saturday, the event had to be extended (at the last minute) to Sunday as well due to overwhelming response.

The L Word reunion was a Dinah exclusive with the series icons, Laurel Holloman selling her abstract art poolside, and Leisha Hailey and Katherine Moennig hosting a meet-and-greet that wrapped around the side of the entire pool area of the Hilton hotel.

As 2014 marked the 10th Anniversary of the official television debut of The L Word, Club Skirts and SHOWTIME proudly commemorated the nostalgia of a memorable era in lesbian culture that celebrated out loud our “girls in tight dresses who drag with mustaches”.

All in all, The Dinah 2014 was beyond EPIC - significantly the largest Dinah EVER.

The legendary Palm Springs’ signature event broke all records on so many different levels and proved to be an unprecedented massive success.

A cultural phenomenon that has over these past 24 years reached stratospheric proportions,The Dinah has certifiably come to represent an ever-growing movement that has crossed over to mainstream bringing more and more visibility to the lesbian community - one that had never existed before.

As The Dinah 2014 came to a close, we all departed Palm Springs with profound nostalgia for a one-of-a-kind weekend that gifted our hearts with unforgettable memories and changed our lives forever.

We can now all look forward to next year as the Dinah turns 25, April 1-5, 2015.
Club Skirts founder and producer, Mariah Hanson, is already planning for the milestone Silver Jubilee’s Anniversary, which promises to be like nothing we've ever seen before. 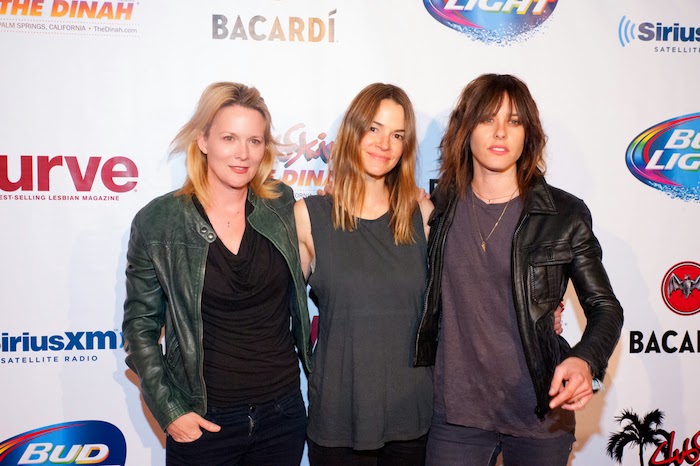 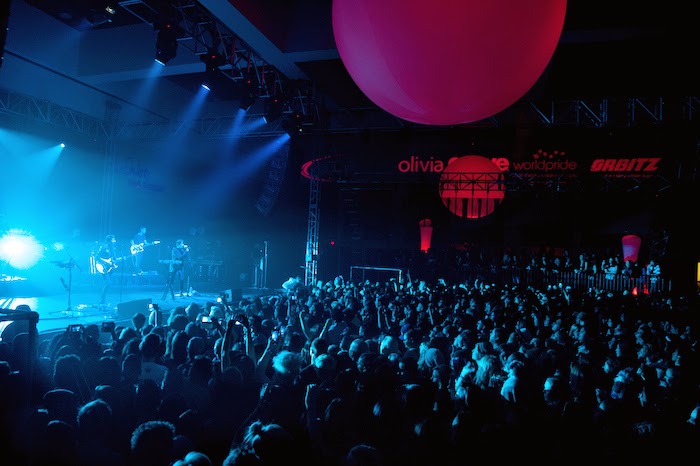 For more information go to: www.thedinah.com
Follow us on Twitter: @dinahshore
Connect with us on Facebook: Club Skirts Dinah Shore Weekend
#thedinah14
Posted by lezstar at 19:00