Did my wish come true?

So you might recall that I recently blogged about the ejection of Big Brother 9's Dennis McHugh and my fantasy about a sexy lesbian joining the group. And then this Friday, 3 new women came in.

However, it was pretty girl Sara Folino who came to my attention. 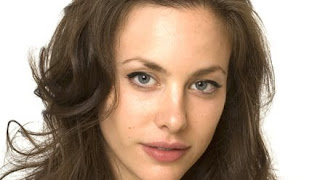 Some critics are saying that the lovely Australian Sara resembles Hollywood beauty Angelina Jolie. To be honest, I see where they're coming from, but Angelina is 100 times better looking in my opinion.

Anyway, what really drew me to Sara - although I have come to realize that she is extremely annoying personality-wise - is that she claimed the other night to be 'bisexual.' When the lovely housemate and ex-actor Rachel Rice (below) questioned Sara about her sexuality, Sara replied 'I'm probably bisexual.' The word 'probably' gives me serious doubt about whether she is telling the truth however. 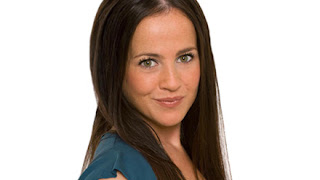 Then on today's British edition of 'The Daily Star', one article claimed that sexy Sara had made a pass at Rachel and they had enjoyed a harmless bit of flirting... Last night's show also showed Sara enjoying a swift kiss in the pool with Thai lady Kathreya Kasisopa (below.)

Well hopefully, Sara wasn't kidding when she confessed to liking women... I'll keep you updated anyhow.
Posted by lezstar at 08:07

Her Name is Jane said...

honestly... angelina takes pretty much every woman... who isn't she better looking than?!

okay funnily enough this is the only episode of this years BB i've watched. didn't she whisper about 2 seconds later that she was only joking to the guy next to her? and then he said (annoyingly) "i know",
she said "how do you know, you don't know me" and he said "I can just tell.. body language"

Yeah she said that afterwards.
British papers keep commenting on her being 'bisexual' though.
ie. Describing her as 'bisexual Sara'

I think she's personally making it up for attention but it would be great if she was telling the truth!
And there's been talk of her having the hots for Lisa too!